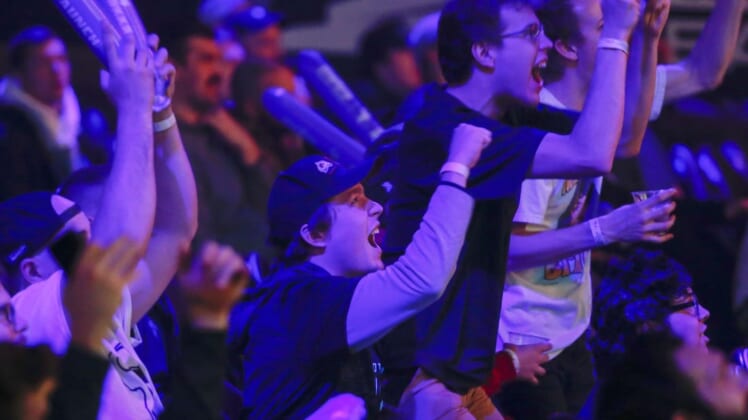 Natus Vincere and Movistar Riders are assured of berths in the Playoff Stage after they won their Group A matches Friday at the Intel Extreme Masters Season XVII in Cologne, Germany.

NaVi swept Ninjas in Pyjamas 2-0 and Movistar Riders outlasted Team Vitality 2-1 to reach the upper-bracket final of Group A. They’ll face off Sunday, with the winner earning an automatic pass into the Playoff semifinals and the loser settling for a quarterfinal start.

Sixteen teams reached the Group Stage at the $1 million IEM Cologne event, split into two groups of eight. From there, six teams will qualify for the Playoff Stage with the grand final set for July 17.

The Group Stage features two double-elimination brackets, where all matches are best-of-three. Group winners will advance to the semifinals of the Playoff Stage and the second- and third-place finishers will move to the playoff quarterfinals.

Riders opened their match with a 16-4 beatdown on Mirage, but Vitality returned the favor with a 16-3 pasting on Vertigo. Riders took the decisive map, Nuke, 16-12.

Alejandro “mopoz” Fernandez-Quejo Cano led the all-Spanish winning side with 49 kills on a plus-5 K-D, while Alvaro “SunPayus” Garcia added 47 kills on a plus-13. Vitality’s Mathieu “ZywOo” Herbaut of France led all players with 54 kills and a plus-15.

In the lower bracket of Group A, MOUZ eliminated Heroic and G2 knocked out ENCE. MOUZ beat Heroic 16-13 on Vertigo and 16-10 on Nuke, with Germany’s Jon “JDC” de Castro putting up 47 kills and a plus-14.

The all-Danish Astralis squad beat FURIA Esports 16-8 on Nuke and 16-13 on Mirage. Kristian “k0nfig” Wienecke of Astralis led all players with 54 kills and a plus-21.