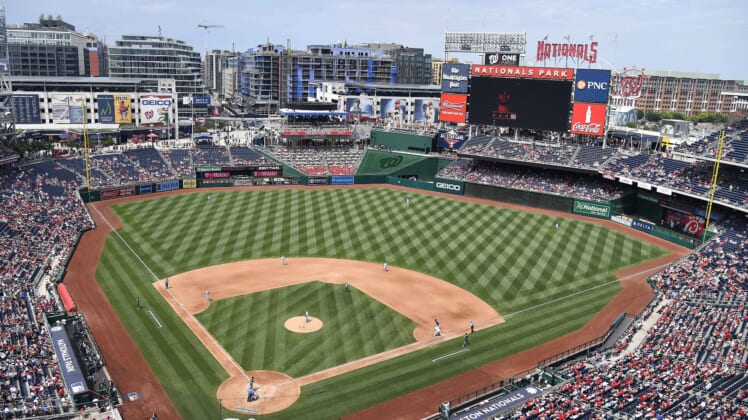 Just days after the Chicago White Sox announced plans to extend the protective netting at Guaranteed Rate Field to the foul poles, the Washington Nationals now plan to take further steps to improve fan safety in the stands.

In a letter to the fans released on Thursday, owner Mark D. Lerner announced the club would install new netting during the All-Star Break that will stretch from just short of the right field corner to the edge of the left field corner.

In the letter, Lerner announced that the team would use Ultra Cross Knotless Dyneema netting following the change. The particular netting is more transparent than traditional protective netting used by clubs and can be raised down to allow fans to interact with players before the game by the dugout.

The move comes just weeks after a 4-year-old girl was struck by a foul ball at Minute Maid Park, an accident mentioned specifically by Lerner as it caused him to become very emotional and want to make further changes to protect fans.

The White Sox and Nationals are likely just the first of many teams that will announce plans to extend the protective netting at stadiums this season and during the offseason. At a time when baseballs are being hit harder, the safety of fans is being emphasized even more following recent accidents that injured fans.