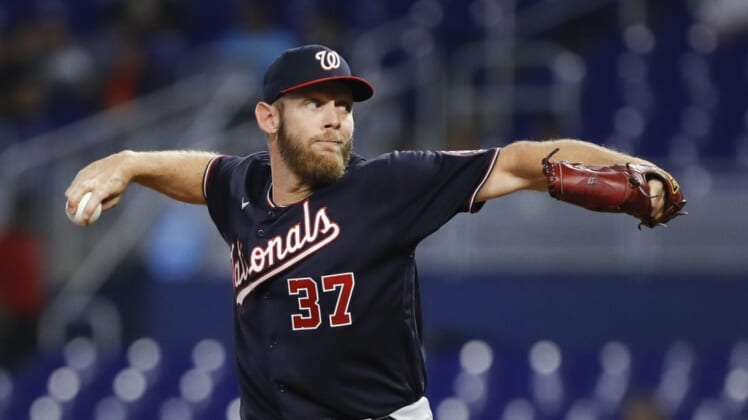 The oft-injured star underwent Thoracic outlet syndrome surgery last July, sat out the rest of the 2021 season and missed the start of this season while recovering. He returned to the mound Thursday and took the loss against the Miami Marlins, yielding seven runs and eight hits over 4 2/3 innings with five strikeouts and two walks.

After a bullpen session Saturday, Strasburg “reported discomfort” to the team, reports said.

Strasburg was scheduled to start Tuesday for the Nationals against the red-hot Atlanta Braves. A replacement starter was not yet named.

Strasburg, who turns 34 next month, is a three-time All-Star and the 2019 World Series MVP. He has spent his entire 13-year major league career with the Nationals, who made him the first overall pick in the 2009 draft.