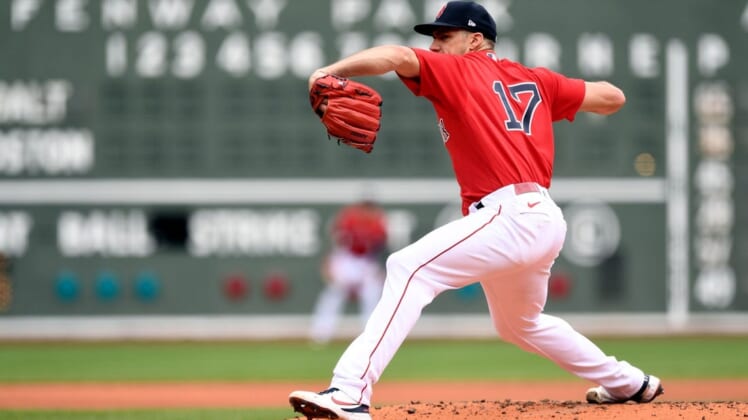 Nathan Eovaldi pitched a complete game and Bobby Dalbec hit a go-ahead homer to lead the Boston Red Sox to a 5-3 win over the visiting Baltimore Orioles in the opening game of Saturday’s doubleheader.

Dalbec’s pinch-hit homer in the sixth inning, a 397-foot shot to right field, snapped a 3-3 tie and Christian Arroyo added an RBI on a fielder’s choice in the seventh inning.

Eovaldi (2-2) allowed three runs (two earned) and scattered seven hits, walking one and striking out six. It was the first complete game of his 11-year career and came in his 230th career appearance (211st start).

Robinson Chirinos homered for Baltimore, a two-run blast to left field in the fifth inning that knotted the game at 3-3.

Rafael Devers had four of Boston’s 13 hits, including a double.

Baltimore took a 1-0 lead in the first inning on Anthony Santander’s RBI single.

The Red Sox made it 3-1 in the second with an RBI double from Jackie Bradley Jr. and a two-run single by Kike Hernandez.

After Chirinos tied the game in the fifth, Dalbec came in to hit for Franchy Cordero to lead off the bottom of the sixth inning. On a 3-2 count, he hammered a 95-mph fastball from Akin for his second home run of the season.