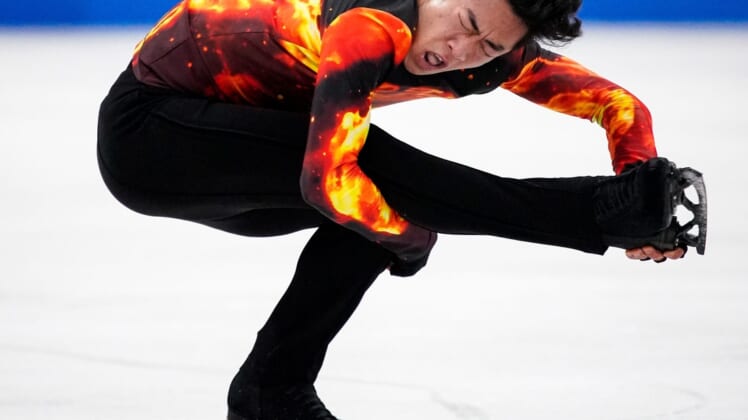 Nathan Chen easily won his sixth consecutive title at the U.S. Figure Skating Championships on Sunday in Nashville, Tenn., to earn a spot on the Olympic men’s figure skating team.

The 22-year-old Chen is the first to win six national titles since Todd Eldredge won his sixth and final one in 2002. Chen’s streak of six straight is the longest since skating icon Dick Button won seven straight from 1946-52.

Malinin’s second-place performance doesn’t guarantee him a spot on the team. The two skaters to join Chen will be chosen by a selection committee.

Chen fell twice during his routine, including on a quadruple jump, but it didn’t hurt the scoring from judges.

“Silly things happen all the time. Am I expected to do that? Probably not,” Chen told reporters. “It was a dumb little moment. I just got wrapped up in that moment and lost my footing. It is what it is. Make sure I don’t do that again.”

The short program was held Saturday and Chen set an event record by scoring 115.39 points

Chen placed fifth in the individual category at the 2018 Olympics in Pyeongchang but earned a bronze medal in the team competition. The three-time world champion will be one of the favorites to win gold in Beijing next month.

The U.S. women’s team will consist of champion Mariah Bell, runner-up Karen Chen and Alysa Liu. Bell, 25, won her first national title on Saturday. Liu was named to the team despite not competing after testing positive for COVID-19.