Nasa Hataoka runs away with five-shot win at LA Open 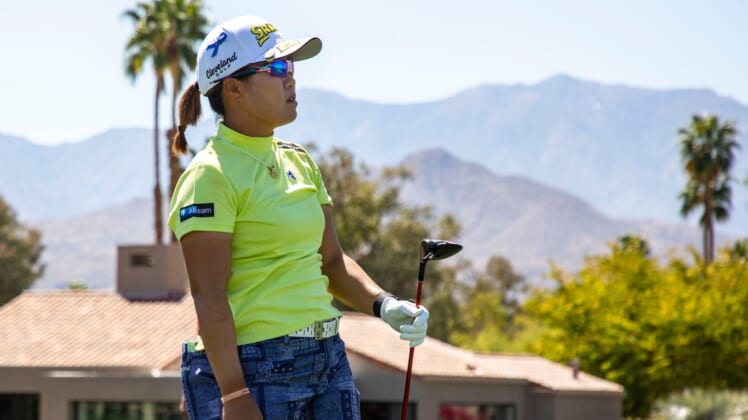 Nasa Hataoka has been a model of consistency this season, and that steady play was rewarded as she shot a 67 on Sunday to finish at 15 under and win her first LPGA event this season at the LA Open.

The 23-year-old Japanese native was the only player this weekend to shoot 68 or better in every round at Wilshire Country Club, and her five-stroke win marked her sixth career victory and second career in a 72-hole event.

While it marked Hataoka’s first winner’s trophy of the 2022 season, she has made eight of nine cuts and has finished in the top 10 six times.

Hataoka carried a four-shot advantage into her final round, and sent the message early in her round that she intended to keep it. She birdied her opening hole and three of the first five to jump out to 14 under. After a brief hiccup when carding a 5 on the par-4 sixth hole, she rebounded with another birdie at No. 7 to maintain her sizable lead.

Hataoka cruised from there, sinking seven straight pars before punctuating her performance with an eagle on the par-5 15th hole.

Saying afterward that her focus this season has made a big difference in her improvement, Hataoka pointed to her putting as the cherry on top this tournament.

Australia’s Hannah Green produced a second-place finish at 10 under after her 68 on Sunday. A trio of players ended tied for third at 7 under, including Sweden’s Madelene Sagstrom (66), South Korea’s Inbee Park (70) and former tournament champion Minjee Lee (68) of Australia.

Sagstrom’s 66 tied with four others for the low round of the day.

“I was really putting well,” Sagstrom said. “I think I told my caddie after probably the fourth hole, I was like, it’s one of those days where I just knew I was going to make a lot putts.

“So that was a whole mindset. Fought a little bit more in the end but, (I’m) really, really pleased with how I played today.”

After firing a 64 Friday to match Hataoka for the 36-hole lead, South Korea’s Jin Young Ko ended in disappointing fashion — following Saturday’s 72 with a 75 on Sunday. She tallied just one birdie in the final round with three bogeys and a double-bogey on No. 7.