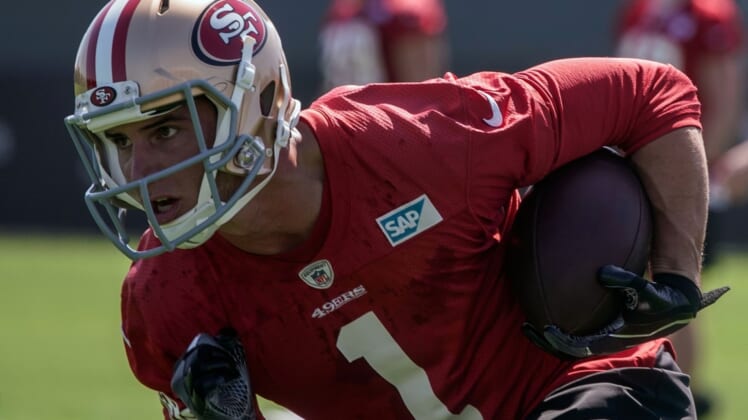 In a school statement, Northern Colorado said a review of video as well as witness statements showed a lack of judgment by McCaffrey, but the action wasn’t done maliciously. The review was done in conjunction with Montana State and the Big Sky Conference, ESPN reported.

“it was clear there was no intent to harm nor was the action fueled by anger. Max is embarrassed by the incident and is working privately to apologize to the fan hit by the errant toss,” athletic director Darren Dunn said in a statement. “After visiting with Max and the entire football staff, I am confident we will have no further engagement with fans of our opponents.”

The school statement said the fan asked to keep the clipboard as a souvenir.

Northern Colorado is coached by former NFL wide receiver Ed McCaffrey, who is in his second season with the Bears. Max is the oldest of his four sons and is in his second year on the coaching staff, first as offensive coordinator. He is the older brother of Carolina Panthers All-Pro running back Christian McCaffrey.

Another younger brother, Dylan, is the starting quarterback for Northern Colorado. The fourth brother, Luke, is a quarterback at Rice.

Max McCaffrey, 27, played wide receiver at Duke and had briefs stays on the rosters of the Jacksonville Jaguars and San Francisco 49ers.

Northern Colorado is 2-3 on the season and hosts Eastern Washington (5-0) in a Big Sky matchup on Saturday.