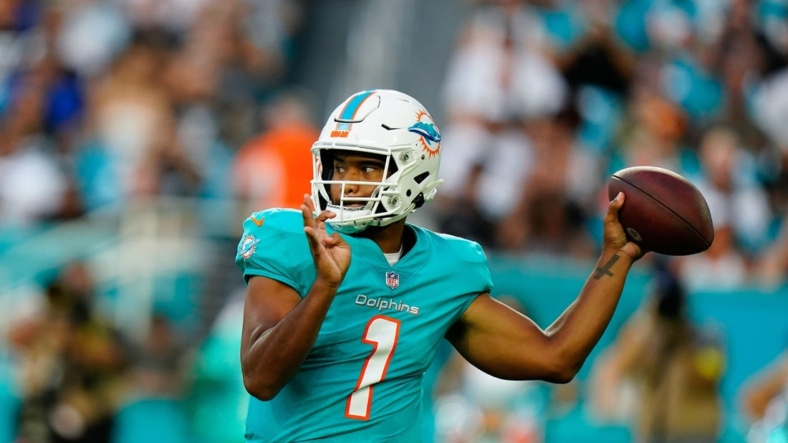 Miami Dolphins head coach Mike McDaniel experienced a first on Thursday, canceling practice due to a widespread illness in his locker room.

The Dolphins were scheduled to be on the field in Miami for joint workouts with the Philadelphia Eagles in the morning, but staff, players and others tied to the organization fell ill with a stomach bug of which the origin wasn’t known.

“We don’t totally know where it’s coming from,” said McDaniel. “”It’s some sort of contagious, but it appears to be the normal symptoms.”

McDaniel said the Dolphins and NFL are closely monitoring the situation with a goal of playing the scheduled preseason game with the Eagles on Saturday. The Eagles and Dolphins began joint workouts on Wednesday.

The Eagles planned to practice again Thursday following the one hour, 45-minute joint practice Wednesday. Eagles head coach Nick Sirianni said there was no illness reported from his players or coaches.

“Nobody on our side has any symptoms,” he said. “Our guys are ready, healthy and fine.”

McDaniel denied half of the team was infected but said “it’s more than a few players.”

He said the Dolphins likely need to reassess how to handle playing time — and even who is available — for Saturday’s game.

All NFL teams reduced their rosters to 80 players this week, somewhat limiting options if either team opts to sit starters and key reserves as expected.