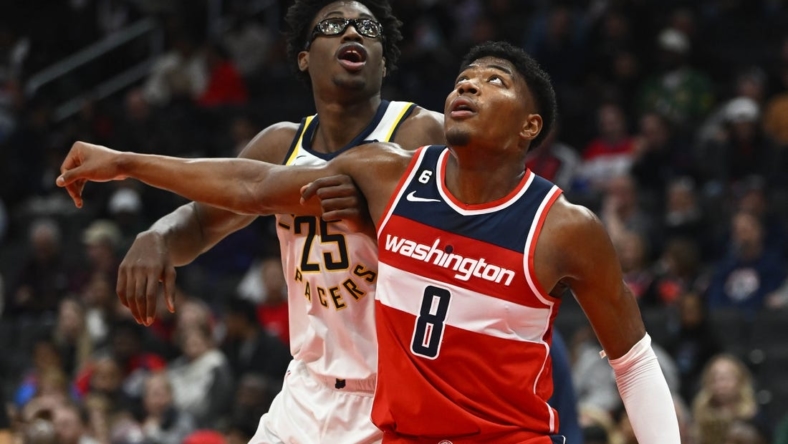 Myles Turner scored 27 points to lead six players in double figures as the visiting Indiana Pacers avenged a season-opening loss to the Washington Wizards with a 127-117 victory on Friday.

Buddy Hield had 25 points while Tyrese Haliburton added 25 points and 12 assists for Indiana, which led nearly wire-to-wire and won for the second time in its first six games. Aaron Nesmith and Jalen Smith chipped in 15 points apiece.

Indiana was in control until late in the game, when Beal’s 3-pointer cut the Wizards’ deficit to 114-108 with 4:56 remaining.

The Pacers turned back the rally with seven straight points, including Hield’s fifth 3-pointer of the game.

Turner contributed 10 rebounds and five blocked shots in his second game after missing the start of the season due to an ankle injury.

Bennedict Mathurin finished with 11 points for Indiana, which shot 50.6 percent from the field and 15 of 28 (53.6 percent) from beyond the arc.

Indiana led by as many as 15 points in the first quarter after Hield made one of his four 3-pointers in the period to cap a 22-2 run.

Washington began the second quarter trailing by just eight, but Indiana quickly regained control and stretched its lead to 70-50 with 3:20 left in the half.

Turner’s five blocked shots moved him past Roy Hibbert for fourth place in franchise history in career blocks with 993.

Haliburton has posted double-doubles in each of his last five games, which is tied for his longest streak in his career.