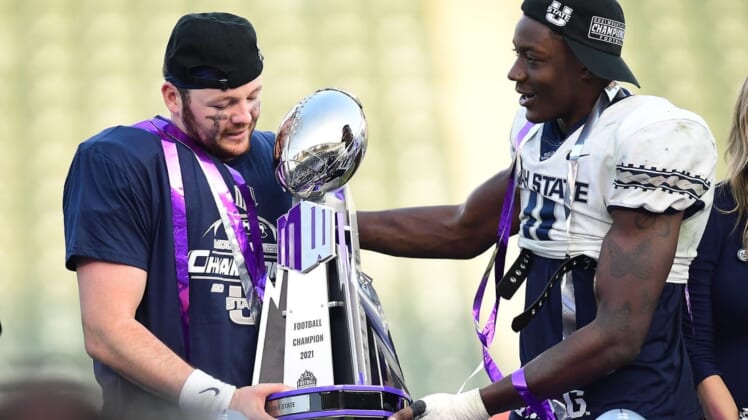 The Mountain West Conference announced Friday that it will eliminate its two-division format beginning with the 2023 season.

The Mountain West will instead have the two teams with the top winning percentages play in the league championship game.

The move comes two days after the NCAA Division I Council changed policy to allow conferences to determine which teams compete in the title game. Prior to that, leagues with divisions were required to send the division winners to the championship contest.

“Our membership has been working on concepts since last summer, as part of our strategic planning for the future of the Mountain West,” Mountain West commissioner Craig Thompson said in a news release. “A single-division approach provides maximum flexibility to adapt the Conference schedule as the landscape continues to evolve, while also allowing member institutions to play each other more frequently.”

This season, the Mountain West will stick to the division format. The winner of the Mountain and West divisions will play Dec. 3 at the site of the team with the top record in conference play.

The Pac-12 announced it was scrapping divisions, beginning this fall, just minutes after the rule was relaxed on Wednesday. The two teams with the best winning percentages will meet in the Pac-12 title game.