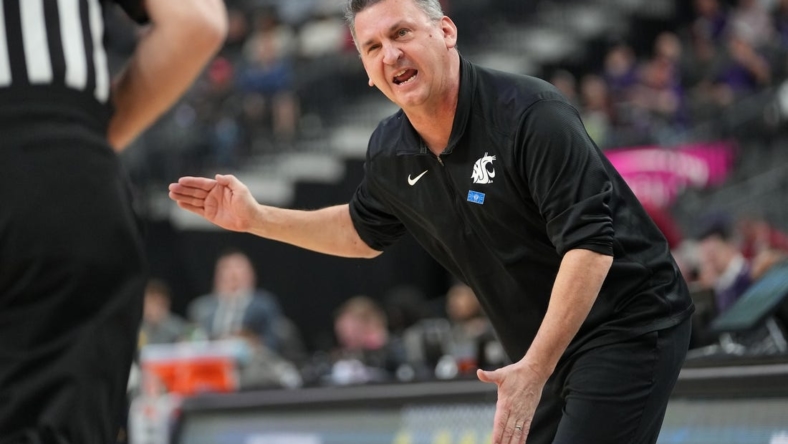 Mouhamed Gueye scored a game-high 18 points and grabbed 13 rebounds as Washington State defeated Texas State 83-61 in the season opener for both schools Monday in Pullman, Wash.

DJ Rodman, the son of NBA legend Dennis Rodman, added 16 points, shooting 4 of 7 on 3-pointers for the Cougars, who reached the semifinals of the National Invitation Tournament in the spring.

The Cougars also got key contributions from a pair of transfers, Justin Powell from Tennessee and Jabe Mullins from Saint Mary’s (Calif.).

Rodman’s biggest moment came with just more than 13 minutes remaining. He blocked a layup attempt by Sykes, then made a 3-pointer at the other end in transition atop give WSU a 58-40 lead.

The Cougars led 38-31 after a back-and-forth first half, with Rodman scoring 13 points on 3-of-5 shooting from beyond the arc.

After WSU built an early 9-2 lead, Harrell sparked a 16-3 run for Texas State. The Bobcats led 18-12 midway through the half before WSU switched to zone defense and clamped down.

WSU held a 39-25 edge in rebounding thanks to Gueye, a 6-foot-11 sophomore from Senegal. The Cougars outscored Texas State 40-34 in the paint and 9-2 in fast-break points.

It was a homecoming for Texas State assistant coach Bennie Seltzer, who played for WSU from 1990-93 and remains the Cougars’ career assists leader.