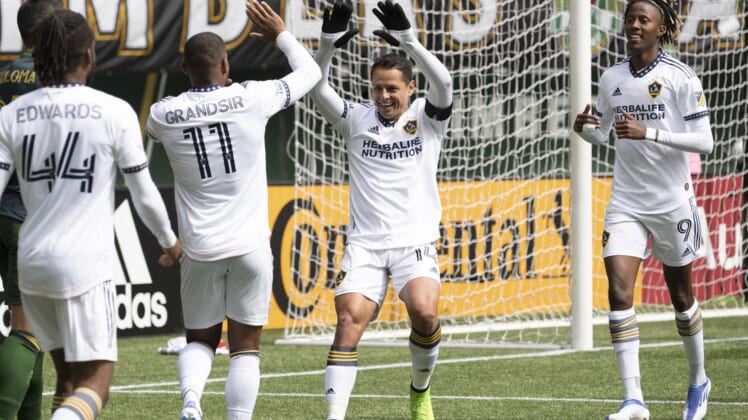 Two of MLS’s top goal-scoring threats, who just happen to be longtime friends, finally will square off in a long-anticipated duel.

Carlos Vela and Los Angeles FC aim for a fourth straight victory Saturday on the road at Carson, Calif., and will chase a first-ever road victory over the Los Angeles Galaxy, who have striker Javier “Chicharito” Hernandez in top form.

Not only are Vela and Hernandez top performers from Mexico, but they grew up together, played through the ranks and formed a special bond. However, this weekend will first time they meet on the pitch since the 2013 Europa League when Vela was at Real Sociedad in Spain and Hernandez was at Manchester United.

Consider it yet more drama in the fifth season of the league’s hottest rivalry, dubbed El Trafico.

“They’re both great players,” LAFC coach Steve Cherundolo said of the pair, who rank among MLS leaders with four goals apiece. “But there are also 20 other players on the field with a lot of quality, and that is what the game will be decided upon.”

LAFC (4-0-1, 13 points) sits atop the Western Conference, tied for the MLS lead in points, while matching the best start in club history. The club last won four straight in 2019, but has just one victory in the last six games with the Galaxy (3-2-0, nine points), and is 0-4-2 as the road the team in the series.

The Galaxy sit third in the West and should have some momentum after avoiding a third consecutive defeat with last weekend’s 3-1 triumph at Portland. Hernandez scored twice and has four of the Galaxy’s seven goals.

In two home games, though, the Galaxy have a victory and a loss with just one goal scored.

“It’s huge,” Hernandez said to ESPN. “(LAFC is) first in our conference, they are the neighbors. They want to reach the level that this organization has. The L.A. Galaxy (has) championships.”

Vela has just one goal in the last four games overall, but 10 in eight games against the Galaxy. Hernandez recorded a goal and two assists in two contests vs. LAFC last season.