The Montreal Canadiens expect goaltender Carey Price will be ready to go when training camp opens next month — or close to it.

Price, 34, had knee surgery on July 23 in New York, following the Canadiens’ run to the Stanley Cup Final.

“He just arrived in Montreal not too long ago,” coach Dominique Ducharme said Thursday, speaking at his charity golf tournament in Saint-Charles Borromee, Quebec. “I’ll have more news next week, and he should be there for the start of camp, and if not at the start, very soon after that.” 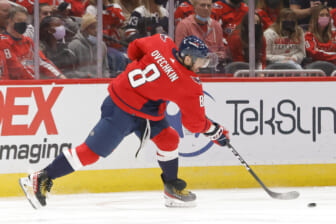 Dr. Robert Marx performed the surgery at the Hospital for Special Surgery. It was determined there that Price’s hip injury didn’t require surgery, but the estimate at the time was that Price would need 10 to 12 weeks to come back from the knee repair.

The Canadiens lost the finals in five games to the Tampa Bay Lightning. In the postseason, he was 13-9 with a 2.28 goals-against average, a .924 save percentage and a shutout.

For Montreal, it was the first trip to the finals since 1993. 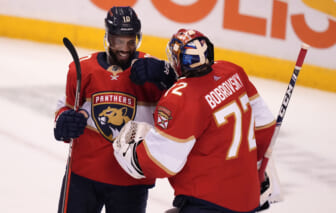 The Canadiens are scheduled to begin preseason play on Sept. 25 against the Maple Leafs in Toronto. They’ll make the same trip west to open the regular season on Oct. 13.