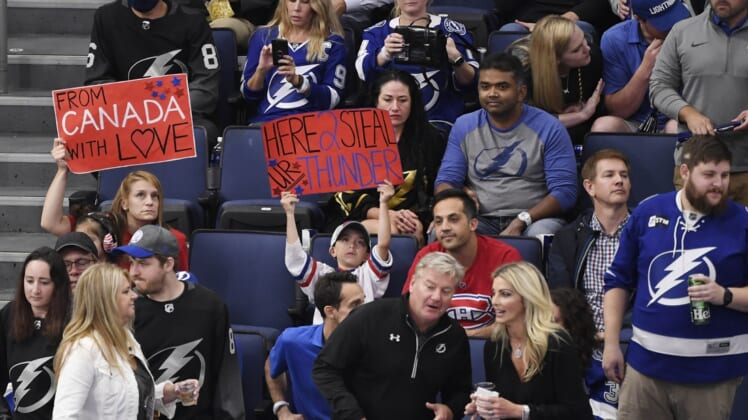 Before the Montreal Canadiens fell to the Tampa Bay Lightning in Game 2 of the Stanley Cup Final on Wednesday night, they were handed an off-ice defeat earlier in the day.

Quebec Public Health authorities turned down a request from the team to allow more fans into Bell Centre when the final series shifts to Montreal on Friday.

The team wanted to raise the total from the pandemic-induced limit of 3,500 fans allowed to 10,500, which would be about half-capacity for the arena.

“The Quebec Public Health authorities will not allow the Canadiens to have more fans in the Bell Centre,” the team said via its Twitter account.

Among factors in the decision to turn down the team’s proposal was opening the door to more requests to violate public health orders, said Dr. Richard Masse, a strategic medical adviser for Quebec public health.

“This is why when we come up with measures, we want to be sure that these measures can be applied elsewhere,” Masse said, according to CBC News in Canada.

The Lightning were able to allow 18,600 fans into Amalie Arena in Tampa, Fla., for Wednesday’s game, after 16,300 were allowed for Game 1 on Monday.
Tampa Bay leads the series 2-0.