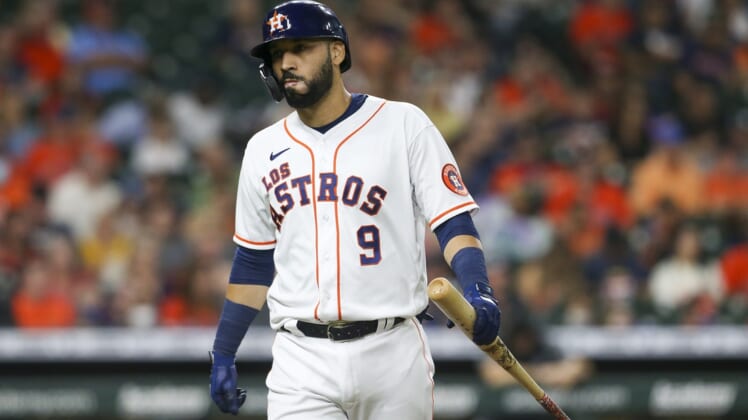 Gonzalez, 33, will earn $1.15 million if he makes the major league roster.

He split last season with the Boston Red Sox and Houston Astros, batting .199 with five homers and 28 RBIs in 91 games while seeing time defensively at first, second and third base, shortstop and right and left field.

–The Twins signed right-handed reliever Joe Smith to a one-year contract. Terms were not disclosed.

To make room on the 40-man roster, the Twins put right-hander Kenta Maeda (elbow) on the 60-day injured list. He is recovering from Tommy John surgery, which he underwent Sept. 1.

–The Texas Rangers agreed to a one-year, $4.5 million deal with veteran right-hander Garrett Richards, according to multiple reports on Sunday.

The contract also includes a $9 million club option for 2023 with a $1 million buyout.

–The Mariners signed left-handed reliever Ryan Buchter to a minor league contract with an invitation to spring training.