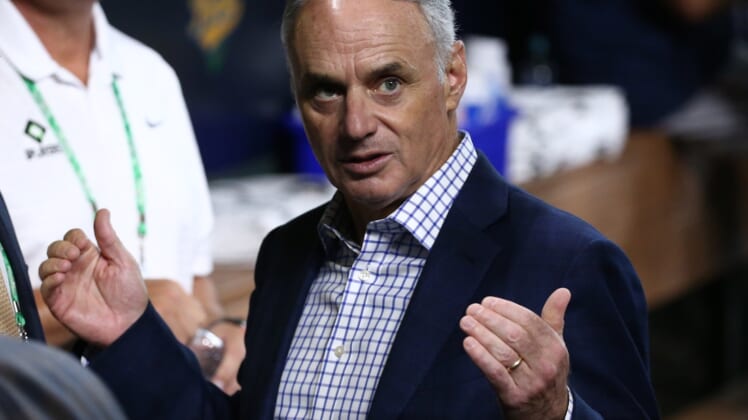 Major League Baseball announced Thursday that the 2022 MLB Draft will be held July 17-19 coinciding with the All-Star break in Los Angeles.

It’s the second straight year the league will conduct its draft during the All-Star break instead of its previous spot on the calendar in early June. The All-Star Game will be played July 19 at Dodger Stadium.

The league also said its draft combine will be held June 14-20 at Petco Park, the home of the San Diego Padres.

As part of baseball’s new collective bargaining agreement, the draft will feature 20 rounds. It was 40 rounds long through 2019, before the players union and league agreed to shorten it to five rounds in 2020 and 20 rounds in 2021 due to the circumstances of the COVID-19 pandemic.

The first two rounds will take place on July 17. The second day will feature rounds 3-10 and the third day will be the final 10 rounds.

The Baltimore Orioles own the No. 1 overall selection in this year’s draft.