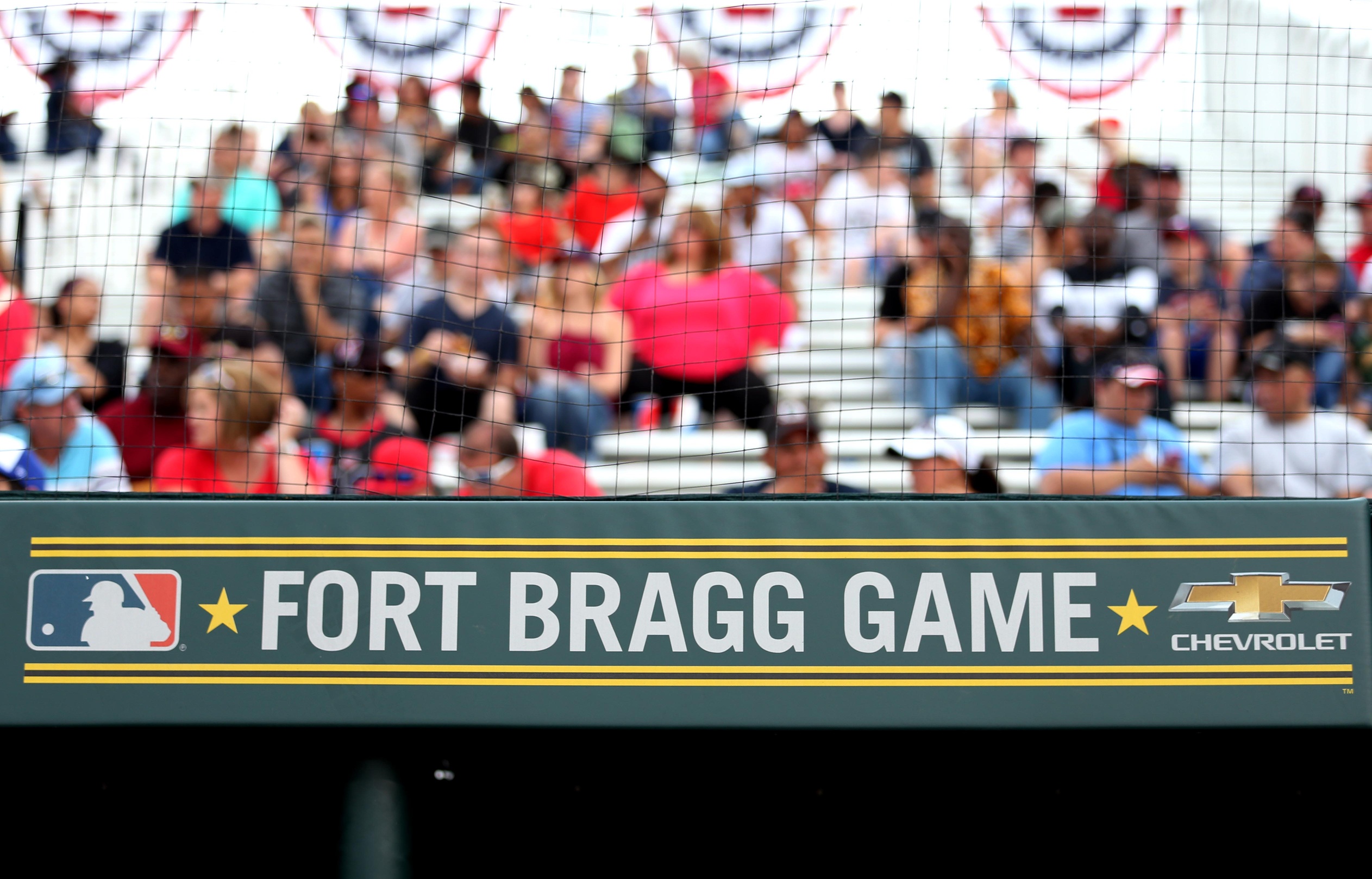 With the Miami Marlins vs. Atlanta Braves game set to take place at Fort Bragg, Major League Baseball hit a grand slam. Okay, maybe that’s an overused cliche, but in this case, it’s hard to think of anything else to say.

First thing’s first. This is a great showcase for the United States Military. That is something that should be followed by basically every league around the country.

Maybe we can’t adequately thank the men and women who give so much for all of their sacrifices. But giving them such a great form of entertainment for even a few hours is a great step in the right direction.

Secondly, the stadium itself looks stellar.

Thanks to the News & Observer, we can see just everything that went into it.

The stadium will not only play host to a Major League Baseball game, but will also be left as a way for those who serve to play.

It’s awfully hard to find anything wrong with this. For three hours, the Marlins and Braves will pay tribute to the fine men and women of the United States Army on the eve of the Fourth. Even better, the stadium will be a long-lasting tribute well after the game is over.

Major League Baseball deserves universal praise for this one. Other leagues across the United States shouldn’t be afraid to copycat this one.