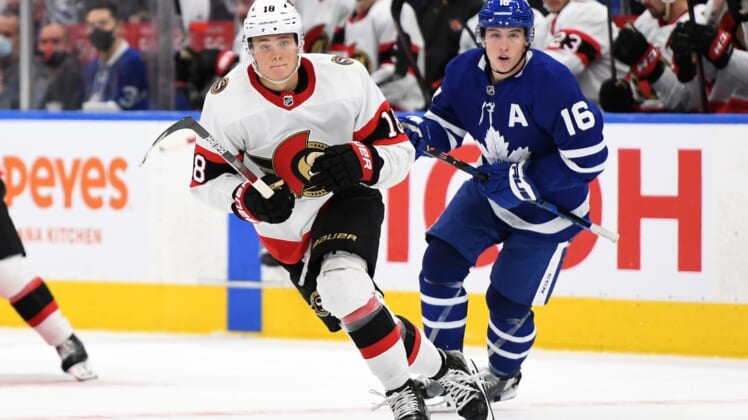 Whether forward Mitchell Marner will play for the Toronto Maple Leafs in their season opener Wednesday night against the Montreal Canadiens remains to be seen.

Marner left practice early Tuesday following a hit from teammate Wayne Simmonds but took part in Wednesday morning’s optional skate. His participation against the Canadiens will be a game-time decision

“It was a positive morning for Mitch,” coach Sheldon Keefe said. “The skate went well so we are encouraged by that.”

Marner was trying to evade Simmonds when he took the hit.

The Leafs are short on forwards as the season opens, with Auston Matthews (wrist) and Ilya Mikheyev (thumb) injured.

Matthews is expected to miss the first three games. Mikheyev had thumb surgery Wednesday morning and will be out about eight weeks. He was hurt in Saturday’s preseason game against the Ottawa Senators.