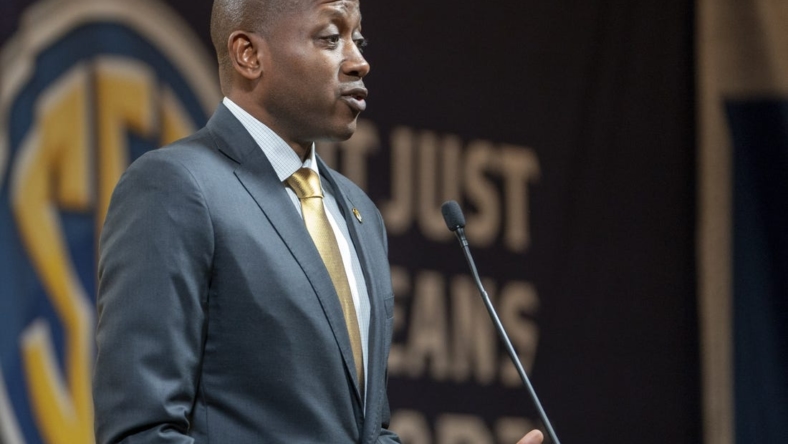 Jelani Simmons scored 23 points and grabbed six rebounds for Southern Indiana, which made its debut as a Division I after moving up from Division II to join the Ohio Valley Conference.

Missouri took a quick 9-0 lead, highlighted by D’Moi Hodge’s 3-point jumper in transition and two inside baskets by Brown.

After a quick timeout, the Screaming Eagles responded with a 7-2 run with Swope scoring five points with a driving basket and a step-back 3-point jumper.

Isiaih Mosley came off the Missouri bench to score two quick baskets in transition as reestablished control with a 15-5 surge that put them ahead 26-12.

Southern Indiana trimmed their deficit to eight points at several points in the final eight minutes in the half, but Missouri pulled away to a 47-31 halftime lead.

The Screaming Eagles missed 12-of-13 shots from 3-point range in the first half before heating up in the second half.

Simmons scored first five points of second half before DeAndre Gholston responded with a 7-point surge to push Missouri’s lead to 56-36.

But the Screaming Eagles responded with a 13-2 run fueled by a pair of 3-point jumpers by Lakes to cut Missouri’s lead to 56-47.

The Tigers moved up 81-63 with back-to-back dunks by Aidan Shaw and Brown. Southern Indiana kept firing, though, and consecutive 3-pointers by Lakes sparked a late charge that cut Missouri’s lead to six points.