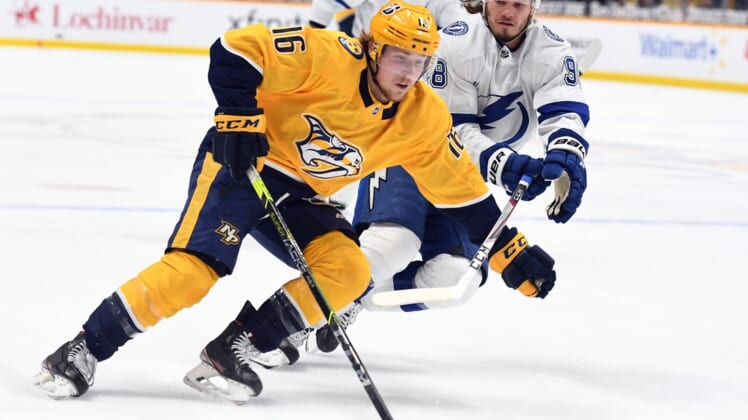 The Minnesota Wild claimed forward Rem Pitlick off waivers from the Nashville Predators on Tuesday.

Pitlick was selected by Nashville in the third round of the 2016 NHL Draft.

He played collegiately at the University of Minnesota from 2016-19, amassing 108 points (47 goals, 61 assists) in 112 games. He was a finalist for the 2019 Hobey Baker Memorial Award as the top player in Division I hockey.