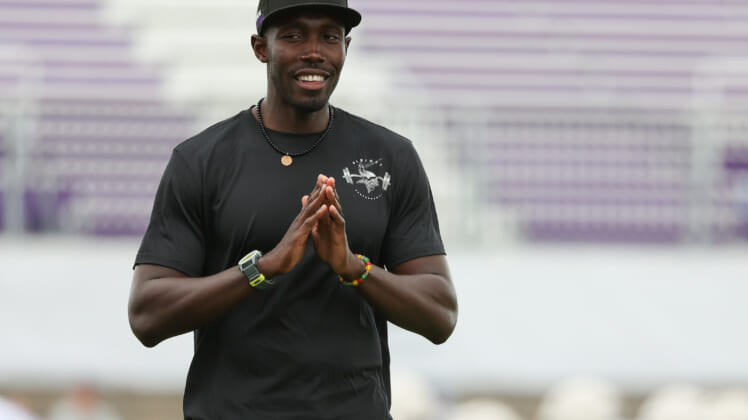 Predicting a team’s final 53-man roster is a hapless procedure. As many hours as one could spend analyzing a team’s roster and the million different possibilities, you could never nail a team’s final roster. There are just too many variables on cutdown day, and the Minnesota Vikings are no different than the other 31 teams in the NFL.

With teams constantly working on their rosters, from once they’re eliminated from the playoffs to free agency, the draft, training camp, and throughout the regular season, a roster is never quite complete. But for the most part a roster can take shape, with the bulk of the depth chart settled, aside from maybe a few surprises.

Knowing that I’ll never come close to predicting the exact 53-man roster the Minnesota Vikings will end up with, it’s still an absolute blast of an exercise. So here we go, let’s dive into my Vikings 53-man roster projection, which will be updated until cutdown date.

When do teams have to get down to 53 players?

Cutting down to 53 players is a very difficult process. Teams start at 90 players and they spend hours of time with each player, hoping to help them reach their full potential in the limited time they’re given. Some can acclimate themselves quicker than others, giving themselves a one-up on the competition, while others leave it all on the field, flashing their ability on the gridiron. However they do so, everyone is striving toward one goal — reaching the final 53.

If that doesn’t work, there’s always the practice squad. If cut, players have the option of signing on with another team. And everyone would rather be on a team’s final 53 instead of landing with an organization’s practice squad.

Any member of the practice squad can be added to the active roster on gameday, but it’s not the same as having the security of being on the roster all the time.

Yet, even if a player is cut from the roster, it doesn’t mean their time with the team is done. They can always latch on with the practice squad, which has a capacity of 16 players. Yet it also means any player cut from the team likely isn’t in their plans on gameday, meaning they won’t have a role unless an injury occurs. This gives everyone a strong idea of how their roster will look on gameday, with active rosters limited to 46 players.

Here is the link to the Vikings’ unofficial depth chart, which was revealed on August 10. But that’s not what you’ll find down below. Instead I’ve come up with my own predictions, knowing that their public chart is set to fluctuate drastically as the preseason goes along.

Cut from the roster:

There are always a few surprises on cutdown day. Sometimes it’s a player heading to the PUP list or injured reserve. Maybe the Vikings make a minor trade, swapping a player from a position of strength in order to address an area of weakness. For now, this is how I project the Vikings’ final 53 to look, but I know the end result will be way off. It’s still a fun exercise.

This page will feature frequent updates as the Vikings progress through camp. Check back throughout the preseason for more analysis, including a more detailed write-up.