The Minnesota Vikings are in the planning stages of developing an attractive, interactive experience away from the stadium that will give fans a chance to see the team up close and personal during portions of the offseason.

According to Rochelle Olson of the Minnesota Star Tribune, the team is “looking to add hotel space, offices and even a small stadium at their new practice and corporate facilities in Eagan.”

“The new complex will include about 3 million square feet of space, including a town square, a conference center and retail shops. The Vikings are looking to build a small stadium on the site, able to seat upward of 10,000 fans, along with three outdoor grass practice fields and possibly a Vikings Hall of Fame.”

The new facilities will be located about six miles from Minneapolis-St. Paul International Airport, just south of 494 and east of Dodd Road, per the report.

This ambitious project is now ready to be submitted to Eagan city officials for review. The organization is eager to move out of its outdated 12-acre facility, Winter Park, in Eden Prairie, Min. Team vice president Lester Bagley says the team wants to “create an event center where it’s interactive” for fans and visitors. 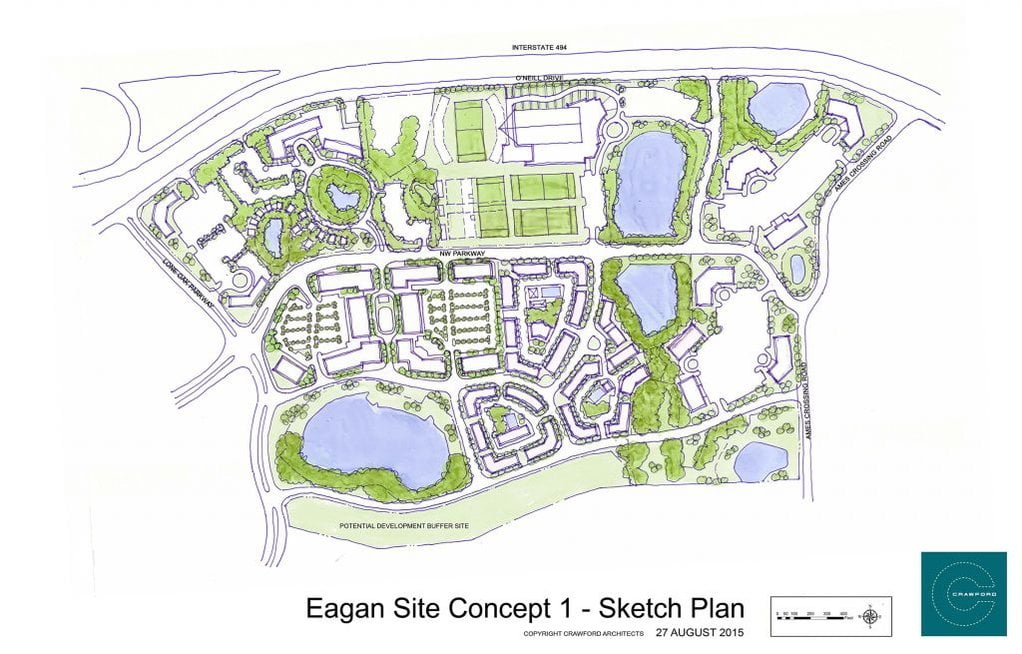 Given the size and scope of the project—the hotel, 10,000-seat mini-stadium, etc.—it seems clear the Vikings are attempting to compete with the Green Bay Packers in more ways than one. Green Bay currently has arguably the most robust offseason fan experiences in the NFL.

With a new stadium set to open in 2016, the Vikings are certainly ramping things up for their fans. It’s going to be interesting to see what this proposed new facility looks like after it is completed, and what kind of response the franchise sees from its fans.