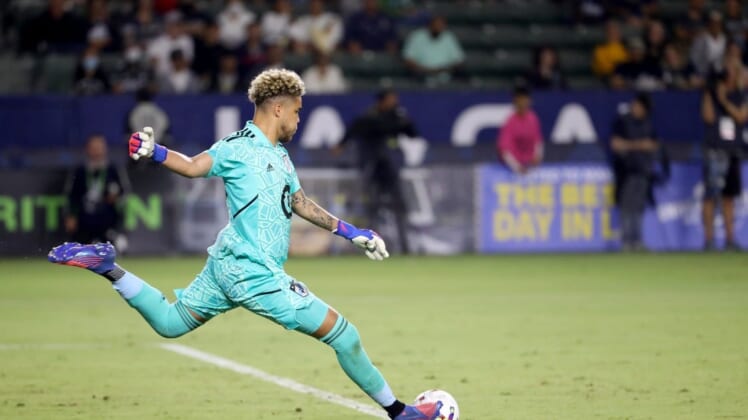 The fifth-place Loons (8-8-4, 28 points) have bolted back into the thick of the Western Conference playoff race thanks to the streak that included wins against the Los Angeles Galaxy, Real Salt Lake and the Vancouver Whitecaps. On Wednesday they earned what head coach Adrian Heath called a “sloppy” 1-1 draw with visiting Sporting Kansas City.

“I thought we were very sloppy in the first half,” Heath said. “We started too slow. I don’t think we put enough pressure on the ball.”

Minnesota’s only score came on an own goal in the 43rd minute by SKC goalie John Pulskamp, who was making his first start of the season. Johnny Russell came off the bench to tie it in the 63rd minute and the Loons needed several big saves from All-Star goalie Dayne St. Clair to earn a point.

“We’ve got 10 points from the last four games,” Heath said. “Would we have settled for that four games ago? You bet we would. A lot of tired bodies in there.”

The Loons have moved to within two points of third-place Nashville and RSL with their unbeaten streak.

“We need to keep climbing that table because we want a home playoff game this year,” defender Michael Boxall said. “Reward our fans with an extra home game, so we need to come out fighting with an extra bit of sharpness on Saturday.”

D.C. United (5-10-3, 18 points) are just 1-5-3 over their last nine games and made headlines on Tuesday when they hired former English superstar Wayne Rooney to take over as head coach. But Rooney, who watched from a suite Wednesday as the Black and Red rallied for a 2-2 home draw with the Columbus Crew, can only be used as a consultant until he’s granted a work visa in a few weeks.

Chad Ashton is serving as interim head coach until Rooney can officially move to the sidelines.

D.C. United, who will be playing their fourth game in 13 days, bounced back from an ugly 7-0 loss to the Philadelphia Union that tied for the biggest blowout defeat in MLS history. They garnered the draw with Columbus on an Ola Kamara equalizer in stoppage time.

“To go down twice and show character and show fight, especially coming off the last performance, is fantastic,” Ashton said. “Great to see the response from the team.”

Forward Taxi Fountas scored D.C.’s other goal in the 80th minute, the 10th goal in 12 games for the Greek international.