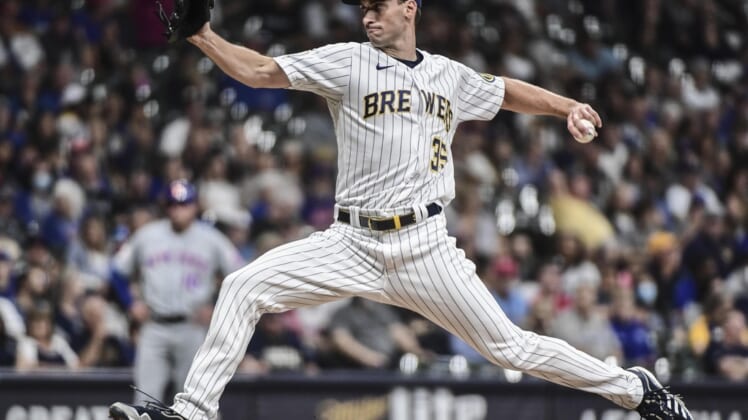 Milwaukee Brewers left-hander Brent Suter was left off the team’s roster for the National League Division Series against the Atlanta Braves.

Game 1 of the best-of-five series is scheduled for Friday afternoon in Milwaukee.

Suter is nursing a right oblique strain, the Brewers announced.

Trade deadline acquisition Daniel Norris also was left off the roster, leaving the Brewers with only three left-handers — Aaron Ashby, Josh Hader and Eric Lauer — available for the series.

Milwaukee had 11 pitchers and 15 position players on its NLDS roster.

Right-handed relievers Chris Martin and Richard Rodriguez were left off the NLDS roster for the Braves, who made 12 pitchers and 14 position players available for the series.

Rodriguez, 31, owns a 5-4 record with a 2.94 ERA in 64 combined appearances with the Pittsburgh Pirates and Braves.