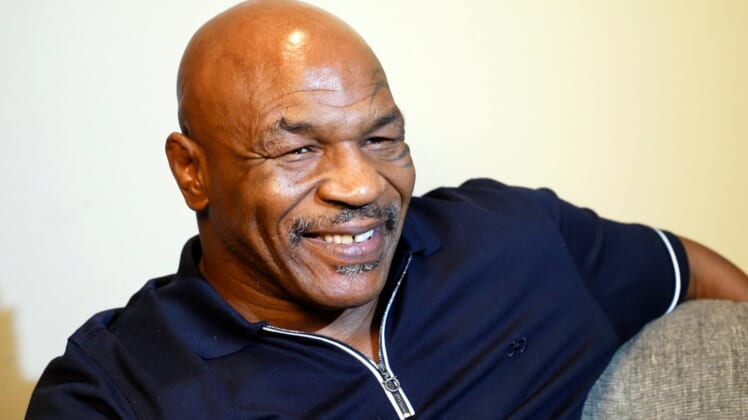 Mike Tyson was involved in a scuffle with another passenger on an airplane at San Francisco International Airport on Wednesday, his spokesperson confirmed to ESPN.

TMZ posted a video that purported to show Tyson punching the passenger, who was seated behind him and previously was seen trying to get Tyson’s attention. The other man was shown subsequently in the video with bloody cuts on his head.

Tyson’s spokesperson told ESPN, “Unfortunately, Mr. Tyson had an incident on a flight with an aggressive passenger who began harassing him and threw a water bottle at him while he was in his seat.”

San Francisco Police told ESPN that “officers were dispatched to a physical altercation on board an airplane” on Wednesday night, with two subjects detailed and then released. One of the two people sustained injuries but “provided minimal details of the incident and refused to cooperate further with the police investigation.”

Tyson eventually traveled to Miami, where he was photographed on Thursday in a nightclub with former wrestling star Ric Flair, who tweeted the picture.