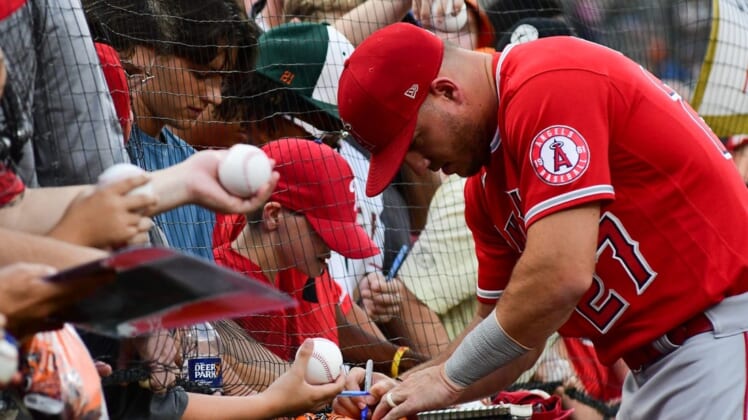 Although he has been battling injuries for much of the past two seasons and is missing this week’s All-Star Game with an inflamed ribcage, Los Angeles Angels star Mike Trout announced Monday that he plans to be a member of Team USA next March in the 2023 World Baseball Classic.

In making his first appearance in the WBC, Trout has been appointed a team captain by Team USA general manager Tony Reagins.

The event, postponed since 2020 by the coronavirus pandemic, is set for March 11-23, 2023, with Team USA participating in pool play in Phoenix and the finals set for Miami.

“I’m excited … it means a lot,” Trout said at All-Star media day. “I missed the opportunity the first time and I knew this was a chance I can’t miss. It’ll be fun with the team that Tony puts together … I’ll be calling some guys, for sure.”

The United States won the WBC for the first time in 2017 after reaching the top four only once in the three previous tournaments, when Japan (2006 and 2009) and the Dominican Republic (2013) won the championship.