Mike McCarthy: ‘That’s the way you want to play offense’ 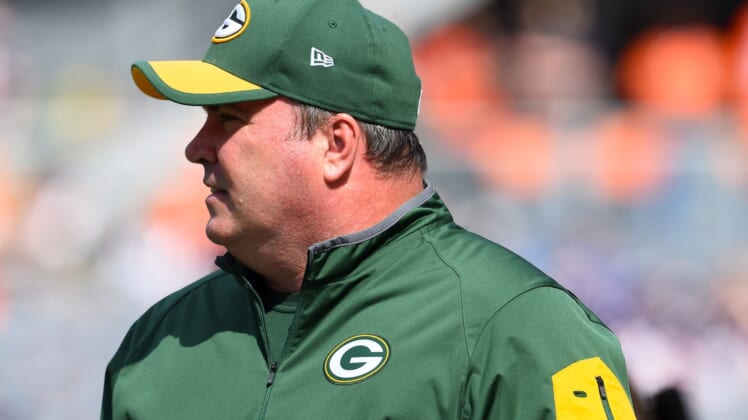 During the 35-18 victory over Washington in the Wild Card Round, the Green Bay Packers offense looked like a fully functional and dangerous unit for the first time since September.

“That’s the way you want to play offense. When you get in the playoffs, you don’t have to talk about the regular season anymore. I don’t know if you guys got the memo about that. It’s the way you need to play, and we’re going to have to play that way moving forward.”

Green Bay still made mistakes, but the team recovered from an 11-0 deficit thanks to an up-tempo style Washington struggled to contain.

Plus, the Packers picked up a massive fourth-down conversion during the third quarter that led to what was ultimately the game-winning touchdown.

The offensive line also excelled in pass protection. Even when a Washington defender pressured Rodgers, he scrambled and extended the play. After giving up 14 sacks in two prior games, Green Bay allowed just one on Sunday.

Although the Arizona Cardinals present a much harder test for the Packers offense, McCarthy’s team showed the type of production it will take to upend an opponent that won the earlier meeting 38-8.