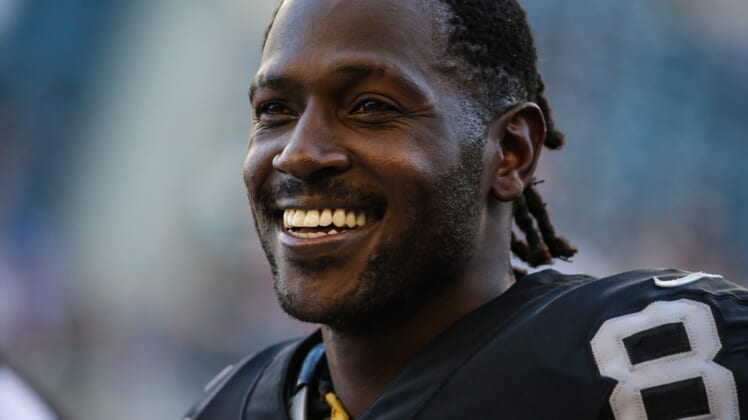 Oakland Raiders general manager Mike Mayock saw plenty of his moves pay off this season. Of course, Mayock’s biggest move and the one that blew up in his face – trading for Antonio Brown – is what we all will remember most.

Brown never appeared in a regular-season game with the Raiders. Mayock released the star receiver after weeks of constant drama and issues off the field.

Now, as Mayock reflects on it all, he took responsibility for the move backfiring and explained the rationale for the trade.

“I put that on me,” Mayock said, via The Athletic. “My anticipation was that he was coming off a situation in Pittsburgh where he wants to prove everybody wrong and he wants to ride into the Hall of Fame. That he was going to come in with Jon Gruden and Derek Carr and our offense and lead the way. … I really thought we were going to get the best out of Antonio Brown and we didn’t.”

Of course, releasing Brown meant Oakland accepted its sunk cost from the trade. While the Raiders will still love having multiple first-round picks in the 2020 NFL Draft, Mayock is clearly thinking about the draft picks lost.

“We weren’t able to get anything out of him. So, at the end of the day, in hindsight, we lost a third-round pick and a fifth-round pick, and I can’t tell you how much pain that causes me.”

Mayock ultimately made the right decision by releasing Brown. The star receiver only got in more trouble during the season and continues to make headlines for the wrong seasons. It seems Mayock learned his lesson, which is all you can hope for from a general manager.