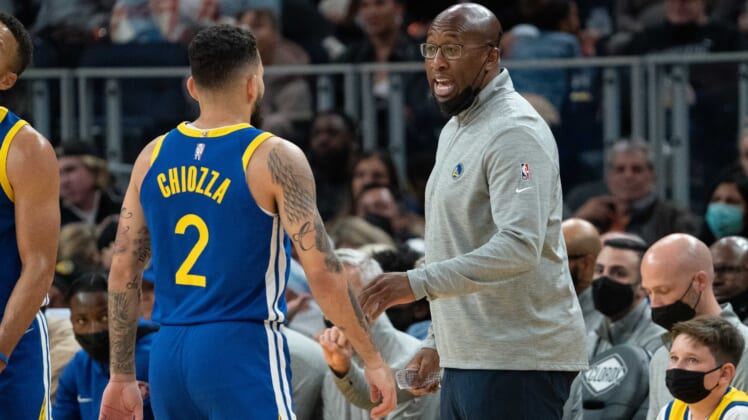 Golden State Warriors assistant Mike Brown has been considered a finalist for the Sacramento Kings head-coach vacancy over the past few weeks.

Sacramento opted against retaining interim head coach Alvin Gentry after he replaced a fired Luke Walton during the season.

We now have more information on this. And it’s a potentially franchise-altering piece of news. According to multiple media reports the Kings have hired Brown to be their next head coach. ESPN’s Adrian Wojnarowski notes that it’s a four-year deal.

Brown was considered a finalist with the likes of Mark Jackson, among others. He now goes from a championship-contending Warriors team to an organization with the longest current playoff drought in the NBA. Below, we look at three takeaways from the Sacramenoo Kings hiring Mike Brown.

Brown has been in the NBA coaching ranks since his days as the Washington Wizards assistant from 1997-1999.

He joined the San Antonio Spurs as an assistant under Gregg Popovich in 2001 and ultimately moved on to the Indiana Pacers in another assistant role fom 2003-05 before getting his first gig as ahead coach working with LeBron James and the Cleveland Cavaliers. Brown lasted four seasons with Cleveland, leading the team to the NBA Finals in 2007.

The veteran assistant then served as the Los Angeles Lakers head coach for parts of two seasons before being fired early in the 2012-13 campaign. Prior to joining the Warriors in 2016, he had another stint as the Cavaliers’ head coach in 2013-14.

What does this all mean? Well, Brown has a tremendous amount of experience leading both rebuilding and contending teams. That could loom large for the Kings moving forward. 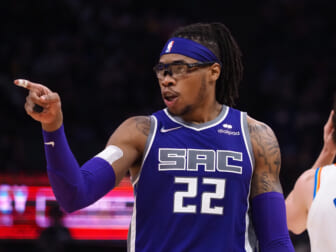 Also Read:
Richaun Holmes expected to be traded from Sacramento Kings this offseason

This isn’t close to what Brown had with the Splash Brothers in Golden State, but it does tell us a story of how Brown plans on scheming to help these two young guards. Sabonis’s ability to step out to the perimeter should also help Brown make the transition from San Francisco.

Having worked under Steve Kerr with the Warriors over the past six seasons, the 52-year-old Brown will bring a certain aura of success with him to Sacramento. That’s no small thing given that this organization has not earned a playoff appearance since all the way back in 2005-06 under Rick Adelman.

There’s obviously going to be some roster moves this summer under general manager Monte McNair. The idea here will be to help form a roster that fits Brown’s system. That could include trading star wing Harrison Barnes.

Either way, Brown is set to work with Fox, Mitchell and Sabonis as his core three moving forward. He’ll also attempt to change the environment within a long-downtrodden Kings organization.