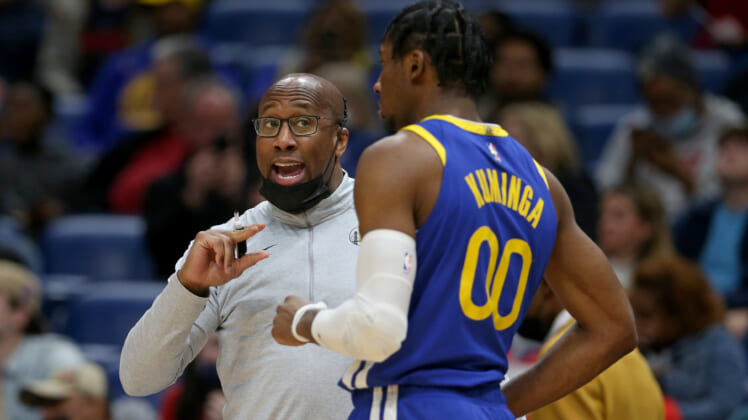 After missing the NBA Playoffs for the 16th consecutive season, the Sacramento Kings are searching for a new head coach again. While the race to the NBA Finals is still ongoing, coaching candidate finalists have begun to emerge, such as Mark Jackson and Mike Brown, among others.

It had been previously reported that team owner Vivek Ranadive prefers Jackson, the current NBA game analyst for ESPN who can be heard on TV during basketball broadcasts.

Yet, general manager Monte McNair figures to get some say in the next coach he hires, and he may hold another candidate in higher regard.

According to Jake Fischer of Bleacher Report, Brown is the favorite in McNair’s eyes. It’s important to note, current AGM Wes Wilcox worked with Brown during his Cleveland Cavaliers tenure from 2005-10, so he would appear to have multiple supporters within the Kings’ front office.

NBA agent Warren LeGarie, who represents Brown via WGL Management told The Sacramento Bee, his client would be willing to accept the Kings’ head coach offer, should they extend a contract his way.

“Mike is willing to take the job based on the fact that he knows he’ll be supported and have a chance to win,” LeGarie said. “He sees this as a good job and looks forward to being asked to be the head coach.”

While most assistants would leap at nearly any opportunity to once again become a head coach, as Brown used to lead both the Cleveland Cavaliers and Los Angeles Lakers, LeGarie offered specific reasons to why the Kings’ gig appeals to his client.

“First and foremost, he likes the people who are working there,” LeGarie said. “He loves the arena. He thinks that’s a natural resource that will help attract players because you’ve always got to have a place where the fans are involved and the facilities are terrific. And he believes the team has enough talent to give them a real solid chance of becoming a playoff contender.”

The other known finalists are Mark Jackson and current Brooklyn Nets coaching advisor Steve Clifford, who both interviewed with the Kings earlier this week. Brown is believed to have interviewed for the position on Thursday. Ranadive was not involved in the first round of virtual interviews, which were conducted last week, but the owner has been on hand for the second round of questioning with the finalists.

A final decision on their head coach is expected by the end of the week, according to Jason Anderson of The Sacramento Bee.