Michigan State head coach: Kirk Cousins is the best to ever play for him 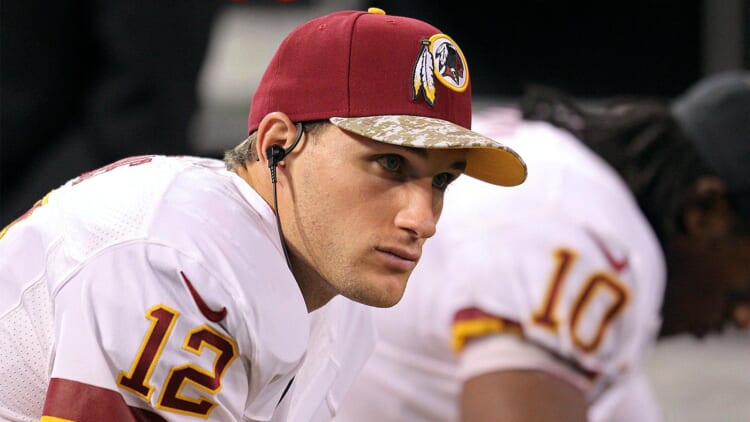 Mark Dantonio became Michigan State’s head coach in 2007 and has coached many great players. The Spartans currently have 36 players in the NFL.

But who’s the best player he’s ever coached at Michigan State? According to the coach, that would be Washington Redskins quarterback Kirk Cousins.

Dantonio asked who the best player he’s ever coached at Michigan State is. Answer: Kirk Cousins

While it’s a completely subjective opinion, this will certainly spark a debate.

Cousins was certainly no scrub with the Spartans. He was a four-year player at Michigan State and was the primary starter for three. In that time, he completed more than 64 percent of his passes for 9,131 yards, 66 touchdowns and 30 interceptions. In the traditionally run heavy Big Ten, that’s pretty darn good. He’s also gone on to a successful NFL career.

As good as Cousins was in college (and continues to be), the more natural answer would be Le’Veon Bell.

Dantonio did add that he was factoring in off-field issues, as well. Those don’t exactly work in Bell’s favor, although most of his issues have come since leaving the Spartans. Still, Bell rushed for 3,346 yards and 33 touchdowns in his three years with Michigan State.

Dantonio has certainly given Spartans fans something to talk about.