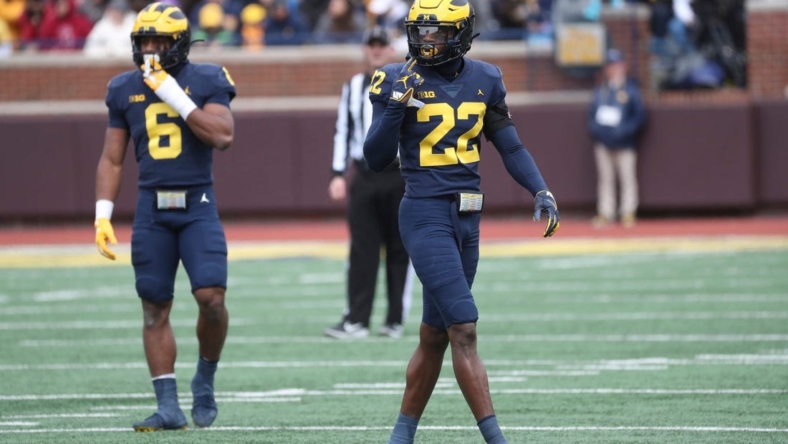 Michigan defensive back Gemon Green retained a high-powered attorney to file a lawsuit following an altercation with Michigan State players that left him injured.

In a statement issued to the Free Press in Detroit, attorney Tom Mars said Green has a case against the Spartans players who led an “attack” on Green in the stadium tunnel Saturday night following No. 4 Michigan’s 29-7 win in the heated rivalry.

“When college football players brutally attack a member of the opposing team with their helmets, resulting in the player suffering a concussion and other injuries, an apology won’t suffice,” Mars said in a written statement obtained by the Free Press. “There has to be severe consequences for this kind of misconduct. Not only does Gemon Green deserve to be compensated for his injuries, severe consequences in this case will deter others who might think they can get away with brutally beating an opposing player and only get a slap on the wrist.

“I’ve got news for the MSU players who did this to Gemon. They are going to feel the full wrath of the law.”

A police investigation into the case is continuing and could result in criminal charges. Michigan coach Jim Harbaugh said Monday he expected charges to be filed.

“We’re not here to make any excuses for the behaviors Saturday,” Michigan State Mel Tucker said Monday in his weekly news conference. “They are unacceptable. It’s also very important to say we honor the traditions of the Big Ten conference, including the Michigan State-Michigan rivalry game and we have a responsibility to uphold the values of this great university.”

Harbaugh said Monday he did not know if Green would be able to play this weekend at Rutgers.

Mars worked previous cases involving the Big Ten. He represented Justin Fields as the then-Ohio State quarterback sought a waiver to play immediately when he transferred from Georgia to Ohio State. Mars also challenged the conference in 2020 after it put on hold all fall sports amid the COVID-19 pandemic before reversing course.