Michelle Wie West to step away from golf 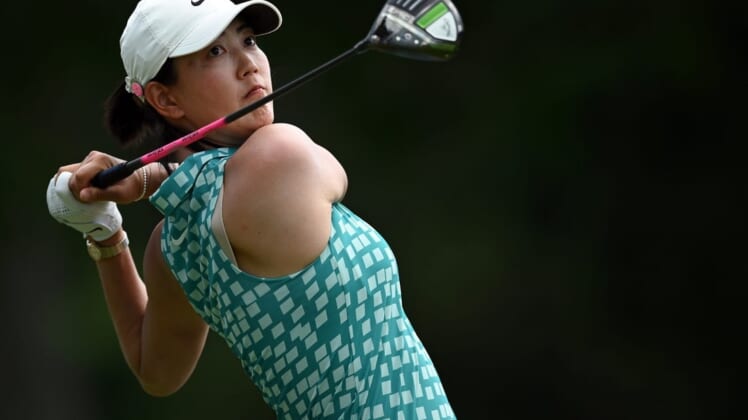 She’s not quite ready to call it a retirement, but Michelle Wie West revealed she has no other plans to compete in professional golf after completing the next two U.S. Women’s Opens.

“I don’t have any regrets,” the 32-year-old told Golfweek.

Wie West earned a Stanford degree while competing on the LPGA Tour and captured a U.S. Women’s Open title, which she said were her two biggest dreams.

“Because I accomplished both of those, “I think I feel very happy in my decision now,” she said.

Wie West started competing against men in her early teens, shooting 68 at the 2004 Sony Open, the lowest round ever recorded by a woman at a PGA Tour event, missing the cut by a single stroke. Ultimately she competed in six more PGA Tour tournaments and advanced to the quarterfinals of the U.S. Amateur Public Links in her quest to play the Masters.

However, her LPGA career was derailed by injuries; she’s only played sporadically in recent seasons. And now, after 20 years of competing and giving birth to a daughter, Makenna, in 2020, Wie West said she’s in a phase of life where she doesn’t want to put in the hours of rehab and practice that’s required to compete full time.

It appears Wie West will have no shortage of opportunities outside of golf.

In a nod to her accomplishments and continuing popularity, Nike didn’t cancel her contract at this news but actually extended her partnership for five more years. She is now part of the Nike Athlete Think Tank, a group of female athletes – including Serena Williams, Sabrina Ionescu, Shelly-Ann Fraser-Pryce and Simone Manuel – who have come together to help the brand break down barriers in women’s sport.

She will compete in next week’s U.S. Women’s Open at Pine Needles as well as next year’s Women’s Open at Pebble Beach but has no further professional action on her calendar. Still, she did not call this decision a retirement.

“I’m definitely not ruling anything out.”