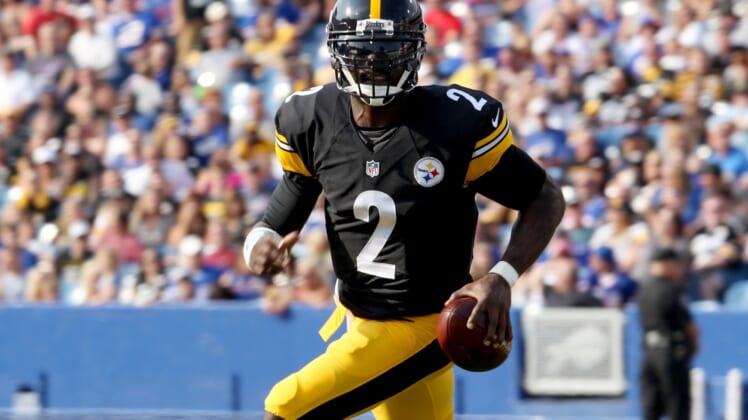 The signing of quarterback Michael Vick to the Pittsburgh Steelers ruffled the feathers of thousands of protesters this past week.

While some turmoil was naturally expected due to Vick’s notorious past for his role in running a dog fighting ring, the signing caused perhaps more uproar than anticipated.

The Animal Rescue League Shelter and Wildlife Center located in Pittsburgh is raising quite a fuss and has cancelled its October fundraiser to be held at Heinz Field. Here is the announcement of this decision, via the shelter’s Facebook page:

“While we understand that Mr. Vick has made an effort to atone for his past mistakes and has worked to help strengthen animal abuse laws, we do not believe that it is appropriate for him to continue a high-profile and influential public career. After internal discussions within our organization, the Animal Rescue League has made the decision to move our annual Paw Prints gala (one of our largest fundraisers) from Heinz Field. This determination has been difficult; the venue has been booked for months and the event was scheduled to take place in a mere month and a half. Given Heinz Field’s status as the home of the Pittsburgh Steelers, however, we do not find it to be a proper setting for this year’s Paw Prints.”

Many believe Vick already paid his dues by spending 21 months in jail following his conviction in 2007. Additionally, he has since been involved in public awareness to animal cruelty, partnering with associations such as the Humane Society to create awareness.

With the removal of their fundraising event from Heinz Field, the Animal Rescue League Shelter and Wildlife Center clearly sends this message:

“Our hope is that the very public discourse taking place across Steeler Nation this week raises awareness of the brutality and inhumanity of dog fighting. With increased community knowledge of the issue, we can all play a role in helping to end dog fighting once and for all.”

Vick made his debut as a Steeler in Saturday’s preseason game against the Buffalo Bills. Quite impressively, he opened his first drive with a 63-yard bomb to wideout Martavis Bryant. Vick finished his time on the field completing four of five passes for 106 yards.

No matter where Vick plays, he’ll always always have to deal with those who are not willing to forgive or forget his horrible past actions.