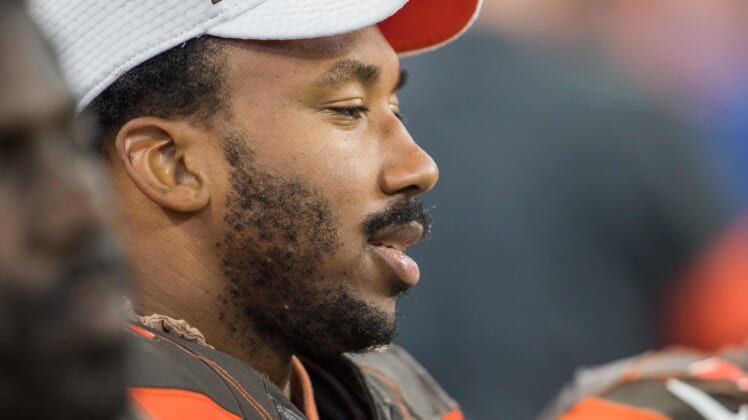 Garrett’s allegations came during the NFL’s appeals process, days after the incident in question. The former No. 1 overall pick said nothing of the sort immediately following the game.

This has led to skepticism on the part of some. That now includes former NFL Pro Bowl quarterback Michael Vick.

“He should have just said it from the beginning,” Vick told TMZ Sports. “Now, it’s like everybody pointing fingers. No one wants to hear that now.”

That’s the problem some have with Garrett’s allegations. Why wait until the appeal days later? What’s the point in that? If Rudolph did in fact say something derogatory, why not point it out in the immediate aftermath of the ugly incident?

This is the point Vick is attempting to make.

At this point, it’s Garrett’s word against Rudolph. For his part, Pittsburgh’s quarterback has emphatically denied the claims.

Garrett was ultimately suspended indefinitely for taking Rudolph’s helmet off and hitting the young signal caller in the head with it.

While Rudolph did not receive a suspension, he was fined $50,000 for his role in the altercation.