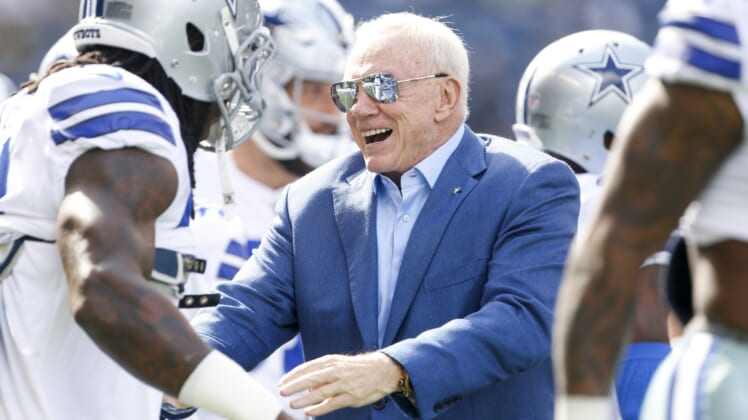 The Dallas Cowboys are rolling. With five wins in a row, an 8-5 record good for first in the NFC East and a championship-caliber defense, Jerry Jones is looking at what could be the team’s first real chance at a deep playoff run in decades.

Two of the big moves made by Jones and Co. that have gotten Dallas to this point are the trade with Oakland for Amari Cooper — widely panned as desperate and overly expensive — and picking up Leighton Vander Esch in the first round.

Obviously, Cooper’s inclusion into Dallas’ offense has led to an explosion on that side of the ball (thanks to plays like these), not to mention five straight victories.

Vander Esch is already one of the best linebackers in the game. Playing next to Jaylon Smith, he gives the ‘Boys a tremendous punch in the middle of their defense, which recently shut down the New Orleans Saints.

“I really do believe,” Irvin said, per the Dallas Morning News, “That when you take a guy like Vander Esch in the draft and then you make a move like Jerry made for Amari Cooper – when everybody said ‘Oh no, don’t do that. You overpaid’ – has to be considered for executive of the year. When you make those kinds of moves to improve your football team for one year that could help your team improve for the next 10 years, you got to start giving consideration for that.”

While Irvin has never been accused of being completely objective as it concerns his former team, he’s hit the nail on the head here. Jones and his front office team have made some fantastic personnel decisions that have the team looking like a championship contender.

Should this continue through the end of the regular season, it’s hard to argue Jones doesn’t deserve to at least be a finalist for the award, if not the winner.