Miami pushes back Sun Bowl arrival due to COVID-19 issues 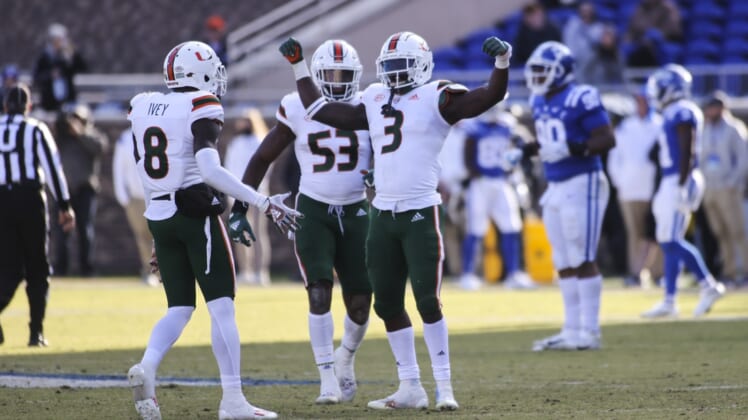 Due to issues with COVID-19, Miami won’t arrive in El Paso for the Sun Bowl until one day prior to the Dec. 31 game against Washington State, bowl officials said Thursday.

Miami acknowledged earlier this week that the team was in COVID-19 protocols. According to reports, multiple players tested positive and that affected multiple position groups.

The Hurricanes (7-5) are hoping a later arrival will help their situation. Washington State (7-5) is slated to arrive on Sunday.

“I think they really want to be at the game, the way I understand it their results are headed in the right direction. We’re all optimistic they’re going to be here.”

Olivas said there have been no changes per schedule of events involving Washington State.

“As far as our plans, they’re continuing because we do have another team coming in, and we’re going to show them our hospitality that we’re famous for in El Paso,” Olivas said.

Miami wouldn’t be the first school to pull out of a bowl game due to COVID-19 issues. Texas A&M pulled out of the Gator Bowl, with Rutgers named as the replacement to play Wake Forest in the Dec. 31 game.