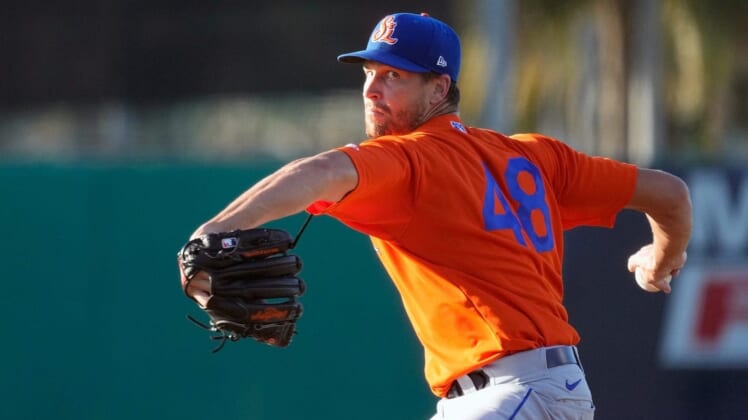 The 34-year-old will face the Washington Nationals on Tuesday after last taking the mound on July 7, 2021. He missed the remainder of 2021 with forearm and elbow issues, then was sidetracked during spring training this season with a stress reaction in his scapula.

In his most recent rehab start Wednesday at Triple-A Syracuse, deGrom threw 67 pitches and came out of that outing with no setbacks.

“This has been a pretty slow process in coming back,” deGrom said in an interview on SNY. “I’m excited to be out there. Nerves haven’t really set in yet but I’m sure Tuesday I’ll be pretty nervous. I have a feeling it’s going to feel like my (major league) debut.”

The Mets entered play Sunday with a three-game lead in the National League East, with deGrom aiming to appear in the playoffs for just the second time after helping New York to the 2015 World Series.

A two-time National League Cy Young Award winner and 2014 rookie of the year, deGrom was 7-2 last season with a 1.08 ERA in 15 starts before his year came to an end.