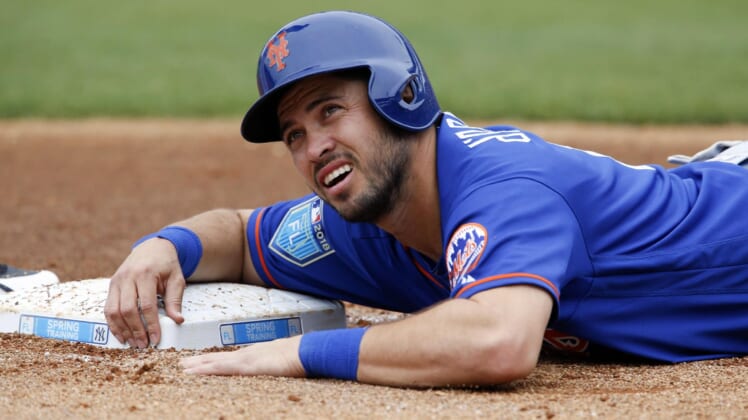 The New York Mets offense is struggling heading into Thursday’s game with the Arizona Diamondbacks. In fact, it’s ineffective at a near historic level.

The Mets are 1-8 over their last nine games, having scored only eight combined runs. They haven’t scored in multiple innings of any games in that stretch. No team has put forth such an anemic effort in 40 years.

The Mets haven’t scored in more than one inning in any of their last nine games. That’s the longest streak of its kind by any @MLB team since the A’s had a nine-game streak in 1978. The last longer streak: 10 games by Casey Stengel's Mets in 1964.#Mets at #Dbacks
9:30 on @SNYtv

Of course, to score a run in more than one inning, a team needs to score two or more runs. That’s something that New York has done only twice over the last nine games. The Mets were shut out in four of the other seven games, and plated only one run on the three other occasions.

What’s amazing is that generally speaking, New York’s pitching has been good, if not fantastic. But obviously, that hasn’t been good enough to overcome the dismal hitting.