Faced with a take-it-or-leave-it offer, Conor McGregor has apparently decided it was too good to pass up. 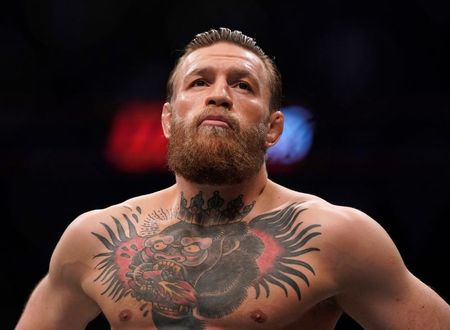 Faced with a take-it-or-leave-it offer, Conor McGregor has apparently decided it was too good to pass up.

McGregor, via a social media post Wednesday, confirmed he has accepted the UFC’s offer for a bout against Dustin Poirier on Jan. 23, 2021.

“I accept, Jan 23rd is on! My goal is to see this fight take place in Cowboy stadium. Proper Style! Jerry Jones is a friend and the stadium can hold our crowd. I will be ready for Texas and Texas will be ready for my fans! Then Manny,” McGregor posted on Twitter.

Earlier on Wednesday, UFC president Dana White told ESPN he wouldn’t give McGregor a date in 2020 for his proposed rematch with Poirier. On Oct. 7, Poirier accepted the UFC’s offer, and Jan. 23 date, with his own social media post — “I accept.”

McGregor had been hoping to get the fight on the calendar for 2020, but White held firm on Wednesday.

“We didn’t have a date this year. We have everything laid out for this year, with world champions fighting for titles,” White told ESPN. “He’s been offered Dustin Poirier on Jan. 23. It’s a yes or no answer.”

ESPN previously reported that McGregor’s team rebuffed the initial UFC offer regarding Poirier as it instead attempted to square away a match against the 41-year-old Manny Pacquiao, a Philippine boxing legend.

McGregor, 32, has held UFC titles in the featherweight and lightweight divisions, but he has been at odds with the promotion since a TKO win over Donald Cerrone in UFC 246 on Jan. 18. He owns a 22-4 record in mixed martial arts.

Poirier, 31, owns a 26-6 record with one no-contest. In his lone fight of 2020, he beat Dan Hooker by unanimous decision on June 27. His previous bout was a loss by submission to Khabib Nurmagomedov in a lightweight championship fight at UFC 242 last September.