Max Scherzer too much as Washington Nationals top Cardinals 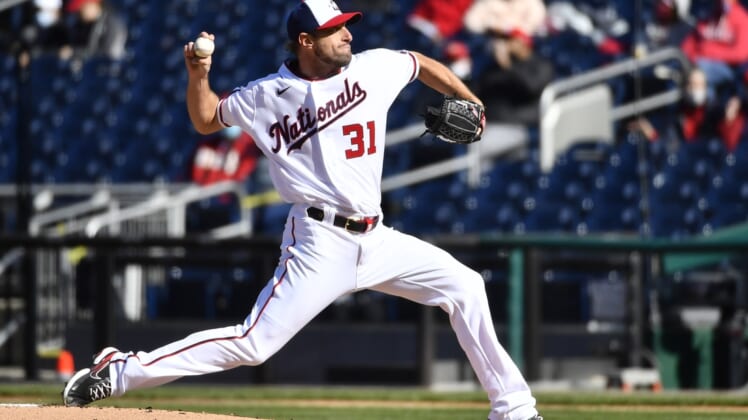 Alex Avila had two doubles for Washington and drove in the game’s only run in the second inning.

Scherzer (1-1) gave up four hits and walked a batter while striking out nine. He threw 109 pitches. Scherzer retired 13 of the last 14 hitters he faced and has allowed one run in his past 22 innings.

Tanner Rainey, Daniel Hudson and Brad Hand each pitched an inning of scoreless relief, with Hand earning his third save and second in two days.

Cardinals starter Carlos Martinez (0-4), looking for his first win as a starter since July of 2018, turned in his best start of the season. He allowed a run on four hits over six innings.

St. Louis has lost each of its past four series.

Justin Williams walked leading off the ninth, but Hand got Andrew Knizner to hit into a double play.

With two outs in the eighth, Nolan Arenado walked and Paul DeJong singled, sending Arenado to third. After Dylan Carlson walked to load the bases, Hudson got Matt Carpenter on a fly to right.

The Cardinals loaded the bases with one out in the first inning, but Scherzer struck out Carlson and Carpenter.

Williams singled to open the St. Louis second, but Scherzer struck out Knizner. Williams, running on the play, was thrown out by Avila.

Washington took a 1-0 lead when Josh Bell led off the second with a single and scored on a two-out double by Avila.

Avila led off the fifth with another double but was stranded on third base.

Trea Turner singled with one out in the sixth and stole second. He went to third on a groundout, but Martinez struck out Kyle Schwarber.