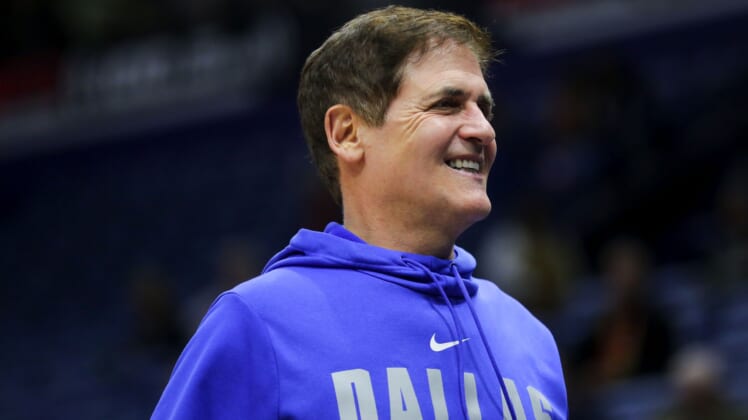 The NBA has informed teams around the league that they can start to reopen their facilities on May 8 depending on restrictions that are in place in their local communities.

Some teams plan to do just that. Others don’t. It really is a case-by-case situation due to the ongoing pandemic.

The Dallas Mavericks and owner Mark Cuban fall into that latter category. Cuban indicates that the team’s facility will not open, primarily because of the inability to test players for COVID-19.

“The problem obviously is that because we can’t test people, then we can’t ensure anybody’s safety, whether they’re basketball players or anybody else, Cuban said. “Even though we can try to take all different kinds of precautions, it’s just not worth it.”

This is the million-dollar question right now. As the NBA charts a path to resuming a season that’s been suspended for seven weeks, large-scale testing needs to be available. As Cuban notes, that’s not just for players and other personnel around the Association. It’s about the general public, too.

Simply put, COVID-19 testing is not anywhere near where it needs to be right now.

As for the NBA, it’s clear that restrictions are in place to help limit the spread of the virus as facilities open. For Cuban, that doesn’t seem to be enough.