Matthew Dellavedova to Have Hometown Arena Named After Him

The town of Maryborough in Australia isn’t going to wait until Matthew Dellavedova carries LeBron James to a NBA title to pay homage to its local hero.

According to a report from a local news affiliate in Australia, the town with a population of just over 21,000 is set to name an arena after the unsung hero of the Cleveland Cavaliers unlikely run to the brink of a championship:

“The quiet town of Maryborough is planning on renaming its basketball stadium the “Dellavedova Dome” in honour of local star Matthew Dellavedova,” the site reported (h/t CBS Sports). “The 24-year-old guard from Victoria is making waves in America, becoming a major factor for the Cleveland Cavaliers as the franchise pushes for its first NBA championship against the Golden State Warriors.”

Come on, isn’t it a bit too early for this type of recognition? Dellavedova scored 20 points in Cleveland’s Game 3 win over the Golden State Warriors—a game that saw his team take a slim 2-1 series lead.

Up until now, Maryborough is best known for being the birthplace of Mary Poppins author P.L.Travers, so it would only make sense for Dellavedova to take a trip to Disneyland should Cleveland win the title.

Maybe he will invite Stephen Curry along for the ride. 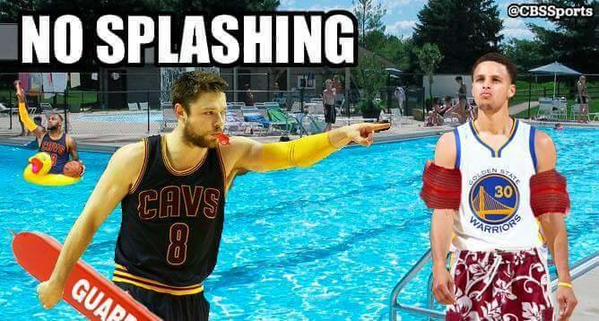