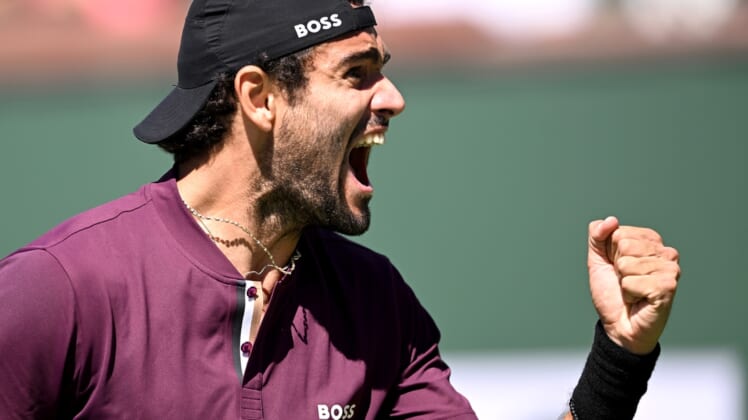 Matteo Berrettini entered the BNP Baribas Open as the No. 6 seed, but it wasn’t due to past success in the event at Indian Wells, Calif.

The 25-year-old Italian finally got past tournament’s third round in his fourth try, beating South Africa’s Lloyd Harris 6-4, 7-5 on Tuesday.

“It means a lot, I like it here very much,” Berrettini said postmatch. “I like the conditions but for some reason I was never able to play my best tennis.

“I’m happy with my performance. Lloyd is a tough player, serving really well today, so it feels nice, first time in fourth round. Every year I’m improving, so hopefully this one is going to be the longest one.”

Next up for Berrettini is a matchup with Serbia’s Miomir Kecmanovic, who got past the Netherlands’ Botic van de Zandschulp 7-6 (3), 7-5.

Two of the five U.S. players in action Tuesday advanced.