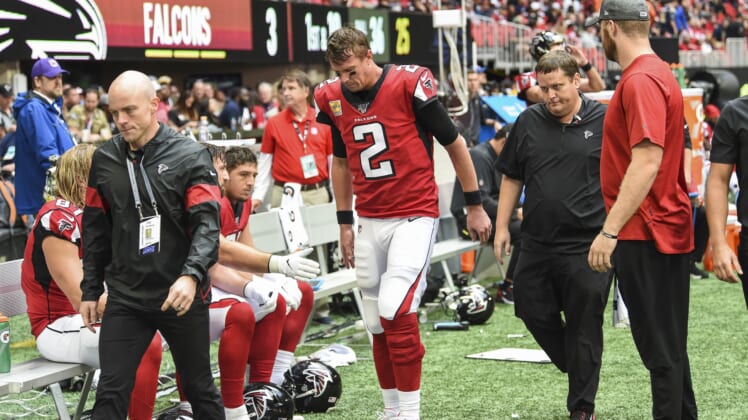 After two weeks of rest and rehabilitation for his right ankle sprain, Atlanta Falcons quarterback Matt Ryan will return to the starting lineup and take the field on Sunday against the New Orleans Saints.

Ryan, who missed his first start in over a decade after missing Week 8 against the Seattle Seahawks, practiced on a limited basis on Wednesday and Thursday.

While the Falcons will take the field as massive underdogs, Ryan’s return to the offense will provide a massive boost to the team. He’ll at least give Atlanta a fighting chance in a season where so much has gone wrong.