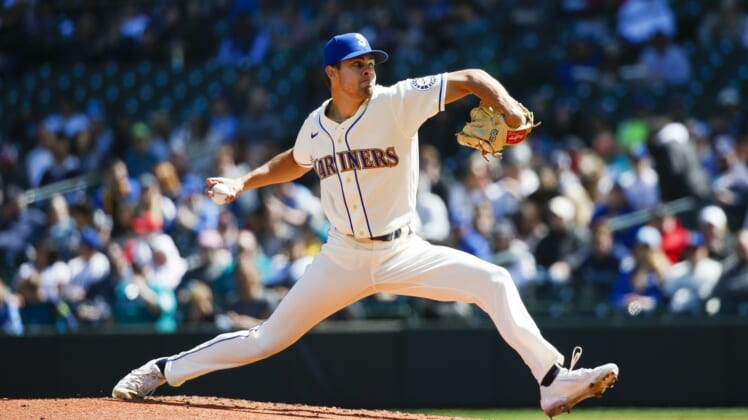 Ty France hit a three-run home run for the Mariners as they won the rubber match in the three-game series.

Brash (1-1), a right-hander, allowed only two hits and two runs — both coming in the sixth — but walked six while striking out five. He was helped by his defense, which turned double plays in each of the first four innings, all after Brash issued a base on balls.

Trailing 6-0 in the sixth, Houston’s first hit came on a one-out liner to center by Jose Altuve. Michael Brantley followed with a two-run shot to right field on a 2-2 count. After a walk to Alex Bregman, Brash was replaced by Paul Sewald, who struck out the next two batters.

The Mariners, who were shut out 4-0 Saturday, got on the board in the first inning Sunday against Astros right-hander Jose Urquidy (1-1). With one out, France reached on an infield single and, an out later, Eugenio Suarez hit a run-scoring double to right-center field.

The score remained 1-0 until the bottom of the fourth. With one out, Luis Torrens lined a single off the glove of third baseman Bregman, then Jarred Kelenic grounded a single off first baseman Yuli Gurriel’s mitt. An out later, Julio Rodriguez and Adam Frazier lined run-scoring singles to center to make it 3-0.

After the Astros pulled within 6-2, the Mariners tacked on a run in the bottom of the sixth. Kelenic greeted reliever Ronel Blanco with a double to left and Abraham Toro, acquired in a trade-deadline deal with Houston last season, followed with a run-scoring double to right.