Maryland could get first real test as Binghamton visits 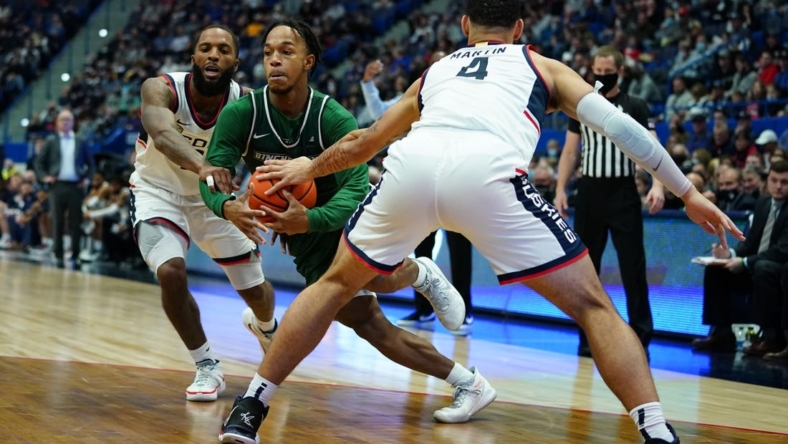 After two decisive wins against overmatched opponents, Maryland could get more of a test Tuesday night when it hosts Binghamton in College Park, Md.

Under first-year coach Kevin Willard, Maryland (2-0) owns wins over Niagara and Western Carolina, each by at least 20 points.

Meanwhile, Binghamton is 2-0 for the first time in 20 years after a 78-75 victory Saturday at Marist as Jacob Falco and Miles Gibson scored 19 points each.

Falco returns to his home state on Tuesday as the leader of the Bearcats. Last season, he became the first Binghamton player in 12 years to make the America East first team.

Falco’s emergence coincided with the successful debut of coach Levell Sanders. The former Seton Hall guard led Binghamton to its most wins in league play (eight) since 2008-09 — a season in which the Bearcats advanced to their lone appearance in the NCAA Tournament.

Sanders has upgraded Binghamton’s roster this season by bringing in transfers such as 6-foot-10 Tariq Balogun (Eastern Kentucky), and guards Armon Harried (Canisius) and Gibson (Eastern Michigan). Each are among six Bearcats who are scoring in double figures for the balanced squad.

“If we defend we put ourselves in position to be a good team,” Sanders said after the Marist win. “Once you defend and rebound you can get some easy baskets in transition.”

In the first meeting of the schools, Maryland will count on its newfound backcourt leader Jahmir Young, a transfer from Charlotte who returned to his home state and leads the Terrapins in scoring at 15 points per game.

In a 71-51 win over Western Carolina on Thursday, the Terps allowed just 15 points in the first half.

“We’ve gotten better and better defensively,” Willard said. “They understand what we’re trying to do and what they need to do. These kids are playing so hard. I’m having fun just watching them.”

In the Terps’ 71-49 season-opening win over Niagara, fourth-year starter Donta Scott connected on 4-of-5 shots from 3-point range, scoring 18 points and pulling down six rebounds.