Marshawn Lynch Fined $50K For Refusing to Speak to the Media 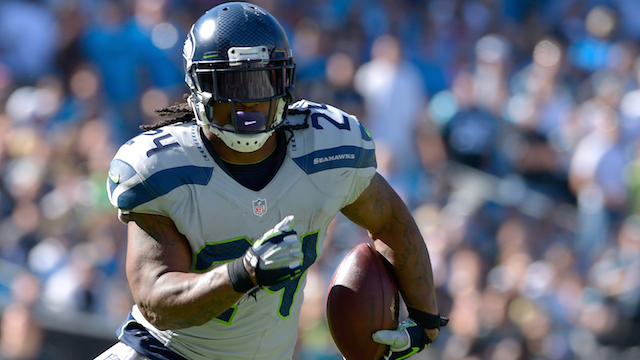 For someone that thinks he’s worth a whole lot of money on the football field, it appears that Seattle Seahawks running back Marshawn Lynch is intent on throwing some of it away with dumb fines.

The veteran running back was fined $50,000 on Wednesday for refusing to speak to the media following Seattle’s loss to the Kansas City Chiefs last Sunday (via ESPN.com).

In addition to this, the NFL will now collect the $50,000 fine that it imposed on Lynch after violations of the media policy last season. That was held in anticipation that Lynch would cooperate in the future.

Obviously, this has not happened.

That’s $100,000 Lynch has been docked over the past year for failing to adhere to the NFL’s media policy.

So next time he decides to call a NFL media insider from the team bus, maybe Lynch should keep in mind that he missed out on an opportunity to keep some hard-earned cash just hours before making that call.

The rules may be stupid, but they are still the rules. What makes Lynch think he’s any different?