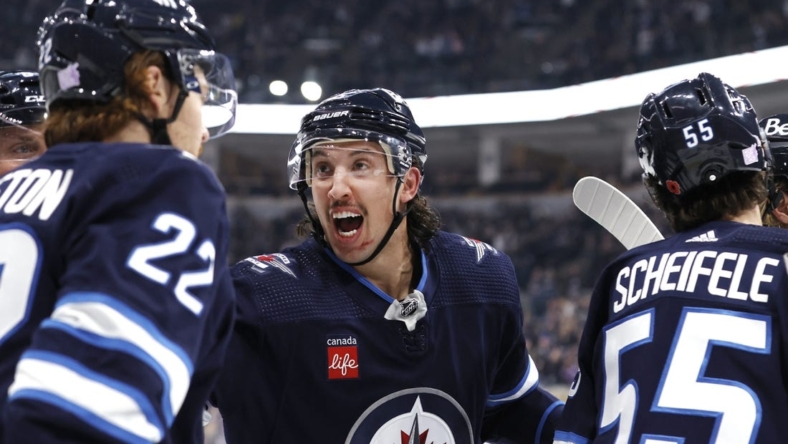 Mark Scheifele scored two of Winnipeg’s three goals over a 2:45 span of the second period as the surging Jets won their third in a row, 5-1 over the visiting Dallas Stars on Tuesday night.

After Jason Robertson gave Dallas a 1-0 lead at 3:06 of the second period, Winnipeg scored four straight goals in the frame. Scheifele’s goals sandwiched Pierre-Luc Dubois’ tally, and Saku Maenalanen scored later in the second for the Jets, who are amid a 6-0-1 stretch.

Mason Appleton registered an empty-netter and two assists while Kyle Connor recorded three helpers for Winnipeg, which improved to 5-1-0 at home. Connor Hellebuyck made 21 saves for the win.

Dallas, which had outscored its opponents 18-6 during a three-game winning streak entering play Tuesday, seemed shellshocked following the results of the second period. Scott Wedgewood stopped 28 shots for the Stars, who were also trying for a third consecutive road triumph.

Winnipeg produced a relentless first-period performance, outshooting the Stars 18-8. However, the game remained scoreless through the first 20 minutes thanks to Wedgewood, who came up with key saves on Scheifele and Dylan DeMelo. Meanwhile, Hellebuyck kept up by stopping open looks from Robertson and Mason Marchment.

In the second, it was the Stars who came out the aggressor. Dallas recorded the frame’s first four shots and was rewarded when Robertson pounced on an open puck in the high slot and beat Hellebuyck.

However, that appeared to wake up Winnipeg, which stormed back with vigor.

Just 21 seconds after Robertson’s goal, Scheifele drove home a perfect pass from Appleton. Then 1:10 later, after Wedgewood misplayed the puck behind his own net, Dubois backhanded home the tiebreaker. Scheifele converted on a Connor pass while camped out in front of the net with 13:48 remaining in the second.

The Jets capped their second-period offensive barrage with 1:46 remaining, when Maenalanen deflected in Neal Pionk’s drive from the point that went through some net-front traffic.