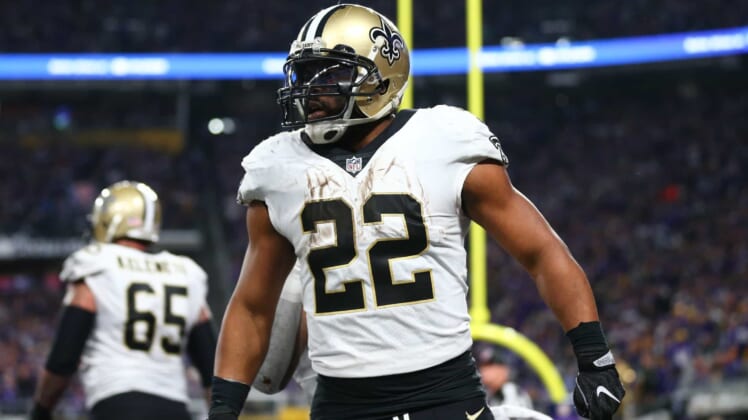 The Baltimore Ravens are making moves this Wednesday. After agreeing to sign Earl Thomas to a big contract, they’re also landing running back Mark Ingram.

Ian Rapoport noted the deal is a three-year contract worth $15 million.

Source: The #Ravens have now locked RB Mark Ingram on a 3-year deal worth $15M. @MikeSilver said it was coming yesterday. Just got done.

What it means: Just as signing Thomas should do big things for Baltimore’s defense, the Ingram deal should provide the offense with a huge boost.

What Ingram brings to the table: The former Heisman Trophy winner has emerged in recent years as a premier power back who can also make plays in the passing game.

What the offense will look like: Ingram joins second-year star Gus Edwards in the same backfield as Jackson, who is one of the most exciting dual-threat quarterbacks in the league today.

Here’s a look at what all three players did on the ground last year:

Put it all together and that’s quite a potent backfield.

Look for offensive coordinator Greg Roman — known for his exotic running schemes, and for his work with mobile quarterbacks — to put together a run-centric scheme this year that will methodically wear down defenses. He will stress linebackers with stretch plays, screens and misdirection, forcing them to cover every inch from sideline to sideline.